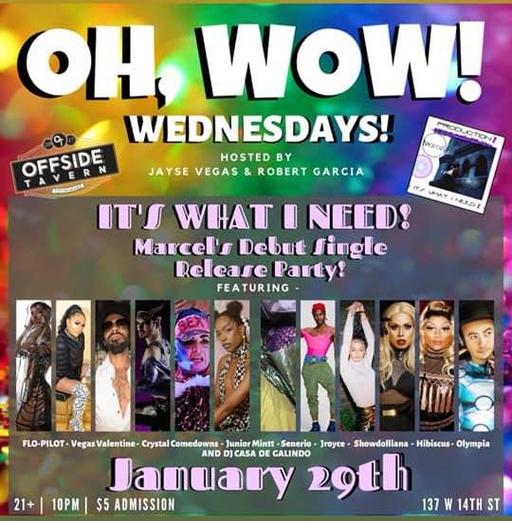 “Production (It’s What I Need)” will be Marcel’s debut single, a high energy dance pop track throwing back to pop princesses like Britney Spears while still sounding fresh and fun. Produced by FLO-PILOT, (who also produced Vegas Valentine’s album Nocturne), the single itself will be available to stream on all platforms on February 5th, with a full video out in the spring and then a follow-up single in the summer. Meanwhile, he’ll be popping up all over the city. Follow Marcel on Instagram and Facebook to keep tabs on this quickly rising star of NYC club circuit.