Approaching stage numbers from a writer’s perspective, author and makeup artist Sterling Tull serves us a genuinely unique, structured take on the old “drag mix” troupe. A former UDP contestant, Sterling is now full steam ahead for this weekend’s “Iconic” premiere… and other exciting stuff lies down the road.

Thotyssey: Hello Sterling! So, did you watch the new American Horror Story season premiere yet? I haven’t, but I heard “meh.”

Sterling: I haven’t. It’s killing me because this is the first AHS season theme I’ve actually been interested in. All of my close friends would tell you that I’m the horror nerd equivalent, basically, of Annie Wilkes from Stephen King’s Misery. I’ve ignored the past few seasons and have kept my distance… but maybe once there’s a few more episodes,  I can binge it.

Yes, that’s the only way I know how to watch anything these days! So does your horror nerdiness mean that you’re excited for Halloween Month?

Halloween is always my favorite holiday. The entire month of October is Halloween for me. I usually celebrate by watching every Halloween film (even the Rob Zombie ones). I’m also usually really busy during the month because I have a lot of freelance jobs doing monster makeup on people at their homes.

I bet you’ve had to make a lot of Pennywises these past two years.

Surprisingly, no one has asked me to do Pennywise on them yet. However I’ve always been an insane, massive super fan of IT. 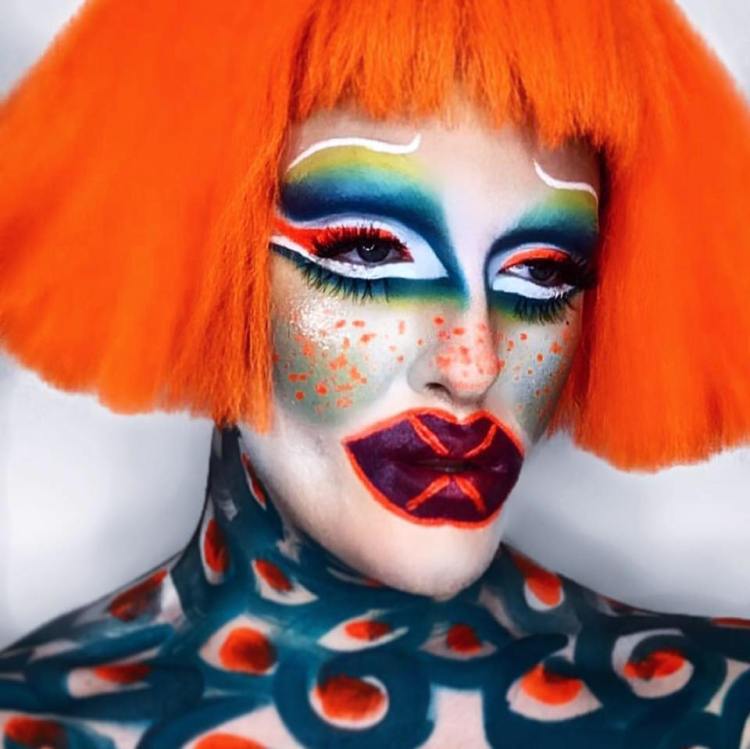 So where are you from originally, and what were your interests that ultimately led to drag?

I’m from Boise Idaho–which, yes, is a state that exists in the western United States. I grew up incredibly Mormon around a lot of religious influence, so I felt very pressured to be a little more conservative when it came to my values and what I was going to be when I grew up. Originally I wanted to be a lawyer or doctor of some sort–or a writer. Not a lot of people know this, but I’ve written four books.

However, my love of makeup and drag came when me and my friends began making short horror films for school projects in middle school. They asked if I could do special effects makeup for a zombie film they were making and I said “sure, I could try.” After that, I started playing around in my mom’s makeup–and it started as a joke, because I was uncomfortable with the idea–but it evolved from there.

That’s a very unique evolution! It must’ve taken a whole new skill set to move from gore and monster effects to “pretty.”

Oh I wouldn’t say I’m pretty. Have you seen my jaw? That Eminem movie 8 Mile was actually about my jaw.

Lol, never! So, how and where was Sterling the drag queen actually conceived?

Sterling came because I tried 30 drag names and none of them worked for me, so I decided to keep my God-given name because I feel like it’s unique already. She blurs the lines of what’s appropriate with comedy and horror. She’s sloppy, but self-aware.

The number I saw you do for the Iconic Win In was hilariously meta, and clearly the work of a writer.

Thank you! That means a lot. I try to look at drag very differently with every performance I do. I like to mix in multi-mediums to elevate the senses, and write a lot of my own material so that it’s unique to me and my style.

When did you actually begin performing?

I first performed when I was 16, at the Boise Pride Parade. I had backup dancers and danced to Beyoncé… it was a mess. I made my NYC debut at the West End Lounge for the Ultimate Drag Pageant.

[Host] Marti Gould Cummings gave us girls an amazing and positive platform to perform, whether we were experienced or new to the scene. It was a beautiful, safe space to try new things and experiment with different performance styles, and be introduced to the very competitive NYC drag scene. I was personally very ill-prepared, and filled with anxiety at every turn… so I don’t think I did too well. But it really helped me discover what works best for me, and what definitely doesn’t work. I came out a better drag queen and performer for it.

That brings us to the third season of Iconic at Icon Bar–one of the more challenging drag competitions out there, I would say. You’re already one to watch this cycle, thanks to having won the “Win In” which gave you an automatic spot in the cast! What made you want to enter?

I’ve been giving myself a little break from drag to focus on my career as a makeup artist, meaning I rarely get out of the house and to the club… so I really wanted to challenge myself with another long form competition to push myself to the next level and get my name known a little better. I also love the Icon stage, and want to work out a few things artistically.

You must be excited… the premiere is this weekend!

I’m sooo psyched for Sunday – the girls this season are fierce. One of my favorite things is to see the growth and individuality of queens. Drag is special because you really get to know the weirdest and most intimate parts of a person through it. I’m excited to see who pushes through to the crown. 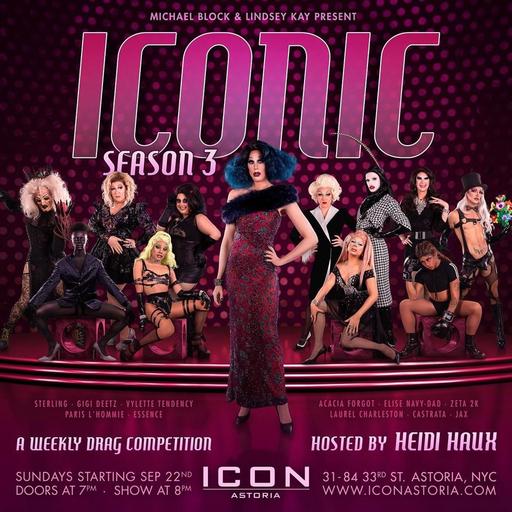 You’re also gonna perform for Ellipsis Queen’s new show premiere at The PIT NYC on the 26th, “Creatures of the Night!”

Yes! I’m very exited for that as well. There’s an amazing group of girls performing that night. 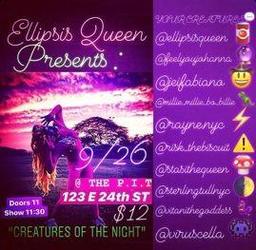 Have fun with all of this! To close: what is the best thing about drag, and what is the worst thing?

The best thing about drag is the creativity and sisterhood. Drag is an amazing art form because it encapsulates everything and anything, and the people that do it are incredible–some of the most kind and genuine, inspiring people to be around that always have the most incredible stories.

The worst part of drag is wearing heels and egos. There are many queens who treat others with disrespect and and negativity, and drag should not be a space where that is allowed. No one is above and no one is below you. Lead with kindness, and kindness will follow. 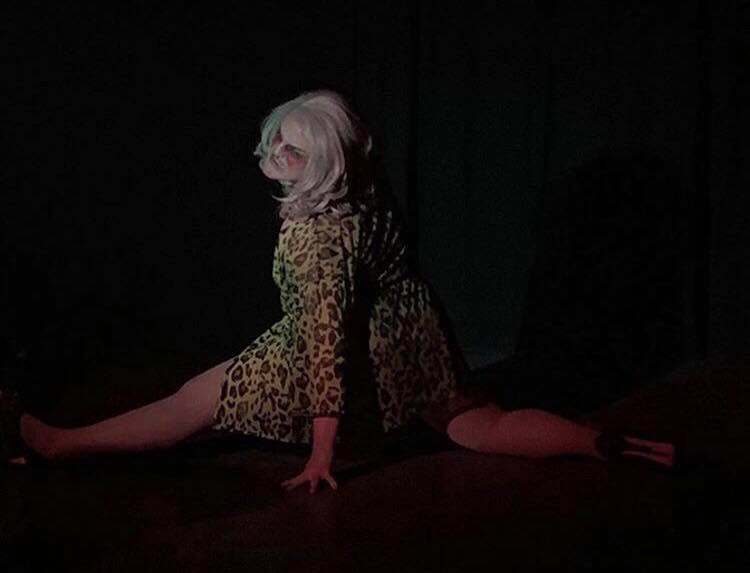