One of New York busiest, most in-demand and outspoken nightlifers, David Serrano made his name giving us life from the DJ booth… and these days, he’s officially capturing our lives in the photo studio.

Thotyssey: Hey David! So, how has Crazy Covid Summer been treating you?

David Serrano: It’s been interesting. I got Covid early in March, so I was able to get passed it quickly. Unfortunately, with the bars closed, I haven’t been working much… but I am not wasting this time. I’ve been really focused on leveling up my photography skills.

Glad you’re feeling better! I did see you just released a whole bunch of gorgeous pics of some of our famous queens. Are these shots you took a long time ago that you’ve finally been able to get to, or are have you been arranging new shoots during this downtime?

A little bit of both. I’ve been able to do several shoots during lockdown, and have several lined up. But I’ve also been going into the archive and pulling out some of my favorites that may have not had a chance to shine yet. Definitely using this time to be as creative as possible.

[All photos by David Serrano]

Do you think you have a favorite subject yet, as far as the people you’ve shot?

I love people with over the top looks. Pretty is fine, but it can be a bit boring. Anyone that pushes the envelope with their aesthetic is what I gravitate towards. I recently released a shot of Androgyny that I love, with her giant red Mohawk. It’s very punk. I like that. I also love anyone that can just let go in front of the camera and go big. They’re not worried about looking foolish or pretty. And I love shooting dancers, ’cause they know how to move. I shot FiFi DuBois, and we had some really dynamic shots.

You’ve been doing nightlife photography for a few years, but for a long time you were better known in NYC as a DJ. I think it’s really just been the past few years that you really stepped up as an in-demand photographer. Was that intentional, or did it just kinda happen that way?

It was purposeful, for sure. I’m definitely interested in moving in that direction with my career. I’m 43 now, and I’m wanting to work more outside the clubs… but still staying within my nightlife community, like my work on The X Change Rate with Monet. I’ve spun the big clubs, and that was fun when I was younger. But as I get older, my priorities are changing. I prefer to work more shows now, and work more closely with the nightlife artists… so these are steps that I am making to expand my skill sets.

Before we talk more about Now, we should visit Then! Where are you from originally, and how did you begin as a creative person while growing up?

Okay, that’s a long story! I was born in Port Jefferson, Long Island, but moved to upstate NY right outside Woodbury Commons when I was three. I lived there ’til 10th grade, and then moved to South Carolina for a year and a half. Then I finished high school in a small town outside Orlando, Florida. My dad had retired while I was in high school, so we moved and I ended up going to three high schools.

I knew I wanted to do something creative since I was a child because my mom told me, “do something you love, and you will never work a day in your life.” So I gravitated towards the arts. It was always between music and film. I actually started college as a film major at UCF, but ended up switching my major my last semester to music production, which is what my degree is in.

When I turned 28, I moved back to NYC to pursue a career in music as a singer / songwriter. I released a song with Junior Vasquez called “Not Again,” aptly named ’cause it was the only song we did together. I made no money from it, so I decided to pivot and got into DJing instead. I loved it, and that became my career. I also started working in graphic design, which then led back to film. And here we are today… full circle moment. 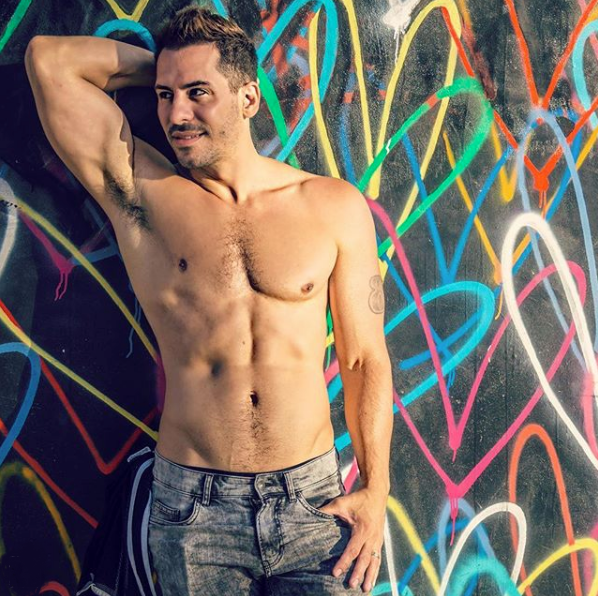 Was it Junior who taught you how to DJ?

Um, no… LOL. Actually, I consider my DJ parents to be Xavier and Corey Craig. They helped me a lot, and gave me advice when I first began. My first gig was filling in for Xavier at Barracuda, which became my first residency in 2007. And as of March, I was still there.

As far as bars and big parties in the realm of nightlife go, what have been some of your favorite memories and highlights of the past decade-plus for you?

I enjoyed my time at Stage 48 spinning upstairs in the pop room, along with my time at XL working “Hot Mess” with Lady Bunny and Bianca Del Rio. I also loved working Drag Brunch at the Highline Ballroom, and of course the multiple Glam Awards I’ve spun. Those are just a few that stand out. There have been so many. I’ve been very lucky.

I always wondered… what would happen if you won a Glam while you were DJing the awards show? Would you play your own music intro and run up and accept, or just, like, wave from the DJ booth?

I’d have them toss it to me, LOL! Or I’d walk in an awkward silence. Fortunately, it probably won’t ever be an issue.

We’ll see you up there soon enough!

In what huge ways has the nightlife biz changed since you started out?

Social media has definitely impacted nightlife, for sure. People don’t need to go out to the bars and clubs to meet other gay people. Plus, because the world is more open and the LGBT + community is more accepted, the crowds have become more mixed and smaller. Drag has exploded after almost dying out because of Drag Race, and drag has become more mainstream… and has moved from only being hidden away in the underground scene. This is why I’ve felt it necessary to evolve myself. Otherwise you get left behind.

It’s true, within nightlife there is a clear path for drag performers (that fit certain criteria, like being cis men) to elevate, but that path is not so clear for everyone else in the biz right now.

Speaking of social media… you have a very unfiltered presence there, lol! Whether you’re discussing politics (you’re a very progressive Bernie man), pop culture or even nightlife drama, you often say exactly what’s on your mind. Today that’s almost like a death sentence (or at least an entirely stressful situation), with all the canceling happening. Do you care what people think about your social media posts?

I am a native New Yorker, and Hispanic to boot. We don’t hold back our opinions. Couple that with the fact that I’m older and come from a generation that wasn’t coddled or given participation trophies for everything, and my personality can easily trigger overly-sensitive types. I don’t like those people and don’t want to be around them anyway, so speaking my mind keeps them at bay. I have no interest in giving them any power.

People that are in my circle know me, and don’t have any issues with me. I’m actually easy to work with, and very chill. But I don’t have time to baby anyone, or give a platform to anyone talking nonsense or creating problems when none exist.

Actually, what are your thoughts about nightlife folks (promoters, DJs, performers, venue owners) who did those large, undistanced and unmasked parties during lockdown, particularly in those first months?

We all have to be careful and responsible… but I understand people needing to earn a living. If you’re being irresponsible and not wearing masks in public indoor spaces, then you’re asking for trouble. But at the same time, we need to be pragmatic and not Mask Nazis. If someone is outside without a mask and minding their own business, leave them alone. If they’re inside a public place, feel free to say something. As for the public parties packed with no masks, that’s not smart… but we know who these people are. They’re not usually known for their good decision making skills.

Lol! Tell us a bit about The X Change Rate, Monet X Change’s fun talk show care of the BUILD Series that airs on YouTube and is filmed for a live studio audience (pre-Covid, of course). She’s had some amazing guests, and naturally she’s a great hostess herself! You’re the house DJ there, naturally.

Monet is great–super sweet to work with, and I was gagged when she reached out to me and asked me to be a part of her show. The crew is amazing, and it’s really inspiring and humbling to work in such a professional environment.

Hopefully you’ll both be back in the studio soon!

I sure hope so.

It must be old hat at this point–but still cool–to have seen so many queens you’ve worked with over the years get cast and do well on Drag Race.

Yes, it’s so surreal to see so many of my friends make it on the world stage. It’s inspiring… but also hard to reconcile. To me, they’re just my friends. To their fans, they’re superstars. It’s weird, but very cool.

So it’s almost impossible to answer this question nowadays, but what else is coming up?

I’m currently in the process of creating some amazing images with Danny Logan, formerly known as Dallas Dubois. He’s become an amazing costume designer since leaving drag years ago. He’s gone on to work in television and film, and is doing very well for himself. We have some incredible, politically charged and poignant concepts in the works… so look out for them.

That should be amazing! And finally: there was a lot of new music this summer. Did anything stand out as your favorite song or album for you?

You have no idea. There have been SOOOO many great songs. I am really into the 80’s synth pop sound, that has made a huge splash on the scene this year: from The Weeknd to Gaga, Dua Lipa, and Miley. They’re all killing it. Right now, I’m loving Miley’s newest song “Midnight Sky.” She’s serving major Stevie Nicks vibes, and I am here for it. Not to mention the video is giving me major visual inspiration for my shoots! 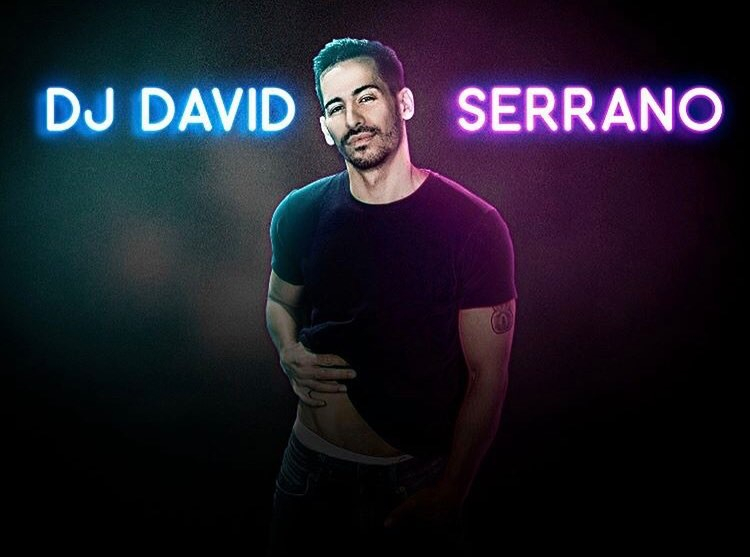