Thotyssey: Hello Princess! Thanks for talking to us today! So we have to start with current events because it was just now announced: Kamala Harris is Biden’s VP running mate! What are your thoughts?

Princess Brittany: I hope Biden knows what he’s doing. The main objective is to get that reality star out of office.

Yes! It’s been a wild four years, to put it very mildly. And it’s been a crazy 2020  summer! How have you been holding up?

Frankly, I despise being on lockdown. Yes, things have opened back up in some weird glimmer of what they were… but it’s hardly the same. People are trying to see the brighter side, and fuck that… this sucks.

I am completely with you!

How long have you been a New Yorker, by the way?

I am a native New Yorker. Born in Queens, high school and college in Queens. Business school in Brooklyn.

I’m a Queens native myself!

Whoah! I actually live now in Kew Gardens, the next town over! So were performance and fashion always in your life?

Yes, I was a bubbling queen as early as I remember! I never felt like the other kids… never!

And you’re a singer, too.

Yes, singing and acting was heavily my tea before drag. Back when I was in it, you had to hide your “gayness”… hence, why it lost its luster swiftly!

Did you have a favorite role that you’ve played?

Hmmmm… I played a serial killer in a play upstate back in the day… that was a whole lot of fun! But drag [was where I] I found a way to be who I am and hone my craft. I was addicted!

How did you discover drag, and then create Princess Brittany?

I never looked at it as “creating” PB. I never liked that idea of being one person in drag and another out of drag… I am always me. That’s very important to me. I discovered drag at a club in Kew Gardens when I was a teenager. Once I befriended someone who was a drag queen, I realized it was something I could accomplish.

Now how I got the name Princess Brittany is interesting, lol! Myself and my two close childhood friends (yes, we were all gay!) used to call each other “Princess” when we were being bitchy. Princess became the synonym for bitchy with us. When I was ready to use Brittany, my girl Sable said you have to call yourself Princess Brittany! My initial name was Octopussy, after the movie character. Maude Adams is everything. That was just to get noticed.

What was the business and culture of drag like when you first started?

There was more camaraderie in the early 90’s. But there was also this weird separatism between the east and west sides. And… when I think of all the shit the girls aren’t going for these days… i.e. racism. It was front in center then, but not in a loud way… if that makes sense. I know I put up with a whole lot of BS that I wouldn’t put up with today. You know what they say: hindsight is 20/20.

Were you surprised by the success and the massive influence of RuPaul’s Drag Race on the business and art of drag?

We all were! Who ever says different is lying. Drag has always been underground. RuPaul took it and made it mainstream. Some like that, some don’t. As a professional drag artist, it serves me. Since its popularity, I have gotten more drag out of clubs than ever before. People that don’t see that are doing something wrong. And people who read RuPaul (after what he’s done for the culture of drag)… well there’s a special place for them. Lol! Let me clarify… I’m not saying every drag queen has to love RuPaul… but reading her is silly. She has uplifted drag, and brought it to prominence. That’s a fact.

Good point! How would you describe your drag today? Are your shows mostly singing and comedy?

Well, I’m not a comedian. My hosting style has always been very… fun shade, very saucy language, and making people laugh / smile. That combo can give the implication of a comedy… but a real comedian is my sister Harmonica Sunbeam.

Is it challenging to perform digital drag?

That’s where you performed a few times in recent years.

For me it is, yes. I’m somewhat biased, I must admit. I genuinely adore so many people there; it is an infinite love fest. [Co-owner and DJ] Darren Dryden is one of the most even-keeled, loving people I’ve ever met. Then there’s [DJ] Sammy Jo, who quickly became one of my favorite people. Then there’s another love, [general manager] Andy and the effervescent [cabaret performer] Daphne. When you’re surrounded by such good vibes, your performances are influenced. And yes… there’s more diversity in what can do. Wins all around.

I’m loving these new experiences I’m having because of Covid, as far as performing goes. It makes you flex another muscle you didn’t realize you have. Let’s just say I’m not lip syncing! 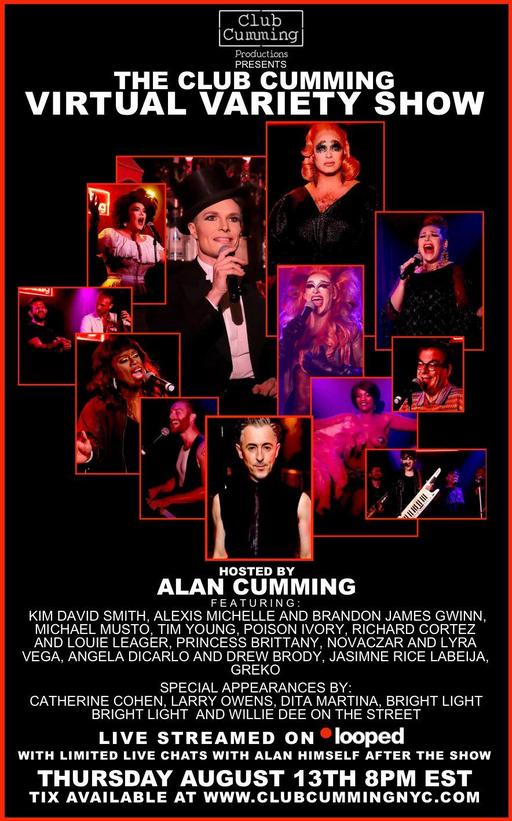 Yes! That’s been my primary profession for a while. I was beginning to think Covid was going to ruin that career, but thankfully clients a tricking back in! Yay!

What’s a cosmetic brand or product that you are living for right now?

Make Up Forever is the best brand for an artist and a consumer, in my opinion. They cater to artists, but they are readily available for everyone. Best palettes: Juvia’s Place. They’re excellent quality!

You’ve also reviewed some makeup products on YouTube. Might you do any more of those videos soon?

It’s funny you ask! I’m going to start posting again on YouTube very, very soon. I have a project I’m working on, and YouTube fits in line with it.

Well then, now is a good time to ask if there’s anything else coming up for you.

Looking forward to it all! So finally: what’s your favorite song to sing live?

Wow… that was unexpected! I’d have to say ‘What A Wonderful World!”

It’s a wonderful world as long as Princess Brittany is in it! Thank you!

One thought on “On Point With: Princess Brittany”