A popular DJ of NYC bars like the Ritz and Monster, David Michael has used these quarantine months to slay the digital dance floor as well.

David Michael: I’m hanging in there. Trying to stay creative and keep some kind of routine going. I find it helps with the sanity, at least!

I hear that! Quarantine of course means that while people in the scene are finding creative ways to get by and stay out there, the industry itself is in turmoil. Lots of our spaces, like Therapy and 9th Avenue Saloon, are closing permanently. Others, like Posh and Jackson Heights’ True Colors, have lost their liquor licenses due to multiple social distance violations. What are your thoughts on these bars failing to comply with these mandatory guidelines?

It‘s been really upsetting to read that so many of our safe spaces will not make it back after quarantine. At the same time, I feel like the new regulations on bars for serving drinks are not making it any easier on the bars. I understand that we can’t have crowds. However, people also have to be responsible, wear a mask, and follow the rules.

That’s good advice for everyone! Well, like the rest of nightlife you’ve been dabbling in some digital content while we wait for the city to fully reopen. But before we get to that, we should start at the beginning! Where are you from originally, and what was the first music that really appealed to you while growing up?

I am originally from Pensacola, Florida, but grew up and lived most of my life in Monmouth, Maine prior to moving to New York. Growing up, I really loved many genres of music, but it was pop that appealed to me the most. Britney, Madonna, and J Lo were some of my favorite artists starting very early.

When did you become a DJ?

My first gig was here in the city, at Evolve Bar & Lounge in June 2014. It was a Wednesday night happy hour and after-work social promoted by Joe Mode with Jacqueline Dupree.

And I understand that DJ 2Face was a big influence on you.

Yes, DJ 2Face and I are great friends. He has given me some pointers along the way. And besides being an awesome DJ, he’s always been incredibly supportive. Support those who support you, right?

How would you say your job as a DJ has changed over the years since you started?

It‘s only been six years, but it’s crazy how much things have changed. I started DJing as a “side gig” here and there, and it evolved into a full time job. It has also been interesting to watch how nightlife has evolved, the clubs and parties that have gone over the years as well as new venues that have opened. And probably biggest change of all… 2020! We’re all stuck learning how to find our way in the world of virtual shows! LOL!

It’s the Year of Back to Square One!

Seriously, it does feel like we’re back to [that].

You’ve largely been DJing at Monster and the Ritz in recent years (both of which are still open to limited outdoor capacity).

At the Ritz, I DJ the BOOP drag show every other Sunday. We had Maddelynn Hatter, Zavaleta, Blue and Virginia Thicc, and it was always a super fun show. At Monster, I DJ on Saturday nights with SPUNK, promoted by Luis Gomez and his partner Dan and hosted by Holly Dae. Saturday nights are always amazing because you get the dance party vibe infused with a ton of gogo boys.

What do you miss the most about spinning at those venues?

Honestly, it’s hard to narrow down anything I miss specifically. I just miss nightlife. I miss being able to see people, talk to the patrons, and spinning for a live dance floor.

Heard! Well, these days you are officially a Twitch Affiliate, having been spinning a weekly Thursday (8pm) digital house and disco digital dance party “Isolation Sessions” over on your Twitch platform. How have you enjoyed doing that so far?

You know at first, it felt bizarre DJing to a chatroom and not being able to see the people. But it has become a lot of fun. I really look forward to Thursdays now, because it feels like an outlet where I get to do something “normal” in my week. And we have a great group of viewers on Twitch that has sort of become like a virtual family. 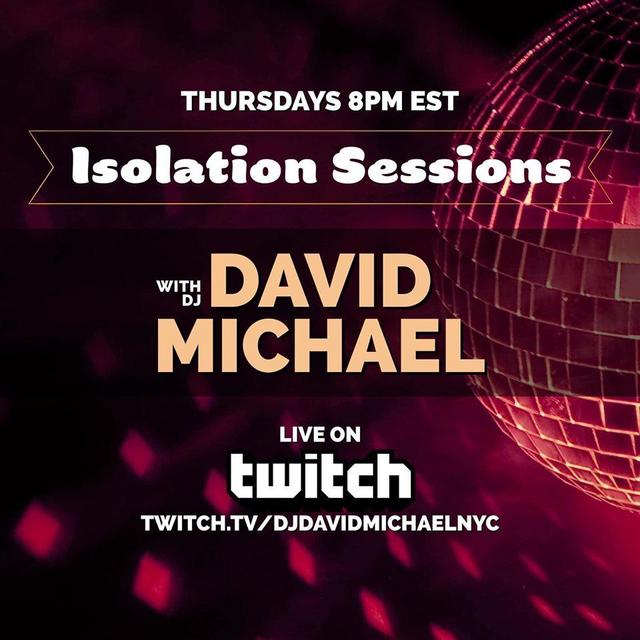 And now there will be more even more of you on Twitch! This week begins “Pop Saturdays,” which has you spinning pop (duh) every second and fourth Saturday of the month (8pm)!

Yes indeed! I am excited to kick it off this Saturday. I really wanted to create a different night aside from the disco and house that I play on Thursdays. Saturdays will feature lots of pop anthems and remixes we all know and love to sing along to. It’ll be a gay ol’ good (virtual) time! 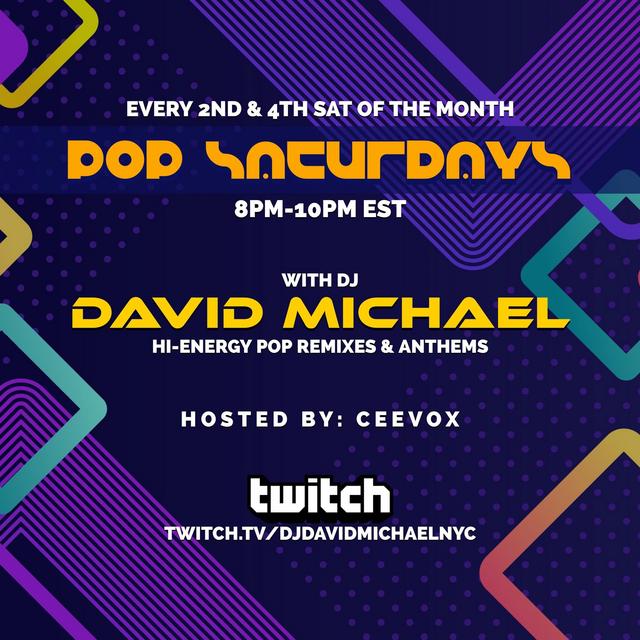 That’s about it, for now. I’ve taken a little break from working on remix productions, but I think I’ll be getting back to that soon. Other than that, just “riding out the quarantine storm” and hoping we can all get together again sooner than later.

In my opinion, this year has been the best for pop music in a while. So many amazing albums. I think my two favorite albums so far have been Dua Lipa’s Future Nostalgia and Lady Gaga’s Chromatica. However, Taylor Swift’s new album has been on repeat since it released… so it’s becoming another favorite.

4 thoughts on “On Point With: David Michael”