From Romania with love! Catalin Stelian was a sitcom star in his country before arriving on our fair shores for a fresh start. Now also a writer, director, editor, cinematographer, videographer, photographer and local bear-lebrity, Catalin is about to unleash an exciting project on the masses… well, three projects, actually!

Thotyssey: Hello Catalin! How is The Lost Summer treating you so far?

Catalin Stelian: So far ok-ish, considering the place we’re in. Luckily I can’t complain much… but I’ll still do it, though! Work has been more intense than before, and the “working from home” transformed into a 14-16 hour work day including the weekends.
So it was an intense summer! Gotta love it!

Is your work freelance photography and videography, or do you still have one of those “day jobs” that used to be a thing, like, four months ago?

Both. My “day job” is pretty much the same: photography and filming / editing plus social media. So they kind of blend together, I don’t feel like I am stopping the day job and starting freelance; I just jump from one client to another (that doesn’t sound right).

Ha! Whatever works! So, you do so much with writing and filmmaking and acting… how does your brain make room for all of this!?

Well, there’s not much else in there except for these things! So, a lot of space for it!
Ever since I was living in Romania, I was slightly obsessed to try all the jobs in the field that I was in. Plus in school, my teacher exposed us to this kind of mentality. If you’re an actor, you should also know a little bit about all the other jobs that help in creating a movie or theater show, for example. So growing up with this mentality, I discovered that I love acting… but also, there are other things that are interesting in this field. So I took a shot at it!

Tell us a bit about your life in Romania.

The answer is easy: we’re not allowed to talk about that! #vivacomunism

On another note, actually it was not that bad! I was always a lucky guy… so ever since high school, when I discovered theater in my hometown, I got to be a bit privileged cause I was “that guy doing theater.” So everyone was nice to me, and whoever wasn’t, oh well… didn’t care that much for them!

Then moving on, I started acting school and started to embrace the professional side of this field. I got hired at the National Jewish Theater in Bucharest, and in the same time I was one of the leads on a couple of sitcoms in Romania… and that was a great time. Even though it was busy and exhausting, I was experiencing both theater and television at a professional and intense level, so that made me develop good skills really quick.

Are Romanian sitcoms similar to American sitcoms as far as the type of humor goes, or is a lot lost in translation?

Some. It’s lost in translation because every culture and language has its own jokes and humor (the Romanian one is darker, shadier and slightly more offensive).

Did your Romanian fans do crazy shit, like stalk you and send you wacky things in the mail, or were they mostly chill?

Haha! Well, I wasn’t like the guy from 50 Shades of Gray… I was basically the Urkel of Romania. They were pretty chill and cool, mostly taking photos and autographs… and my vain personality couldn’t love it more!

And now you’re a New Yorker!

About five years ago I moved here and took a master reset, because suddenly I didn’t know anyone and nobody knew me! So that was a bit rough (for my ego, mostly), switching from living in Romania being a national television star who gave autographs on the street to moving here to “…and you are?” So that hit hard and rough in my ego! Still haven’t recovered, but she’ll be fine! Will see who’ll play me in the movie, lol! Then moving here and adapting to US life was an interesting challenge. Interesting in both great and not-that-great ways… though I loved every moment!

Did the drastic change of scenery immediately get your creative juices flowing, or was it an obstacle?

I was a little bit on “pending” for a short while, trying to understand where I am, what I am dealing with and what can I do about it. Plus, everything is at a much bigger scale. Mostly everyone you meet in NYC is an artist in some way. And most of them are really good, so the competition is much more intense! Luckily I realized that early in the beginning, then took it step by step and tried to find things that I can do and love in the same time… but that also are needed, and can also pay the bills!

That was the moment I gave up on theater acting! And that was rough. Because, as a Romanian immigrant with a very, very, very thick accent, it’s pretty hard to make your way in the American theater as an actor!

Your English is pretty great, though… were you speaking it fluidly before you got here?

Yes, actually! Mostly everyone in my generation learned English at an early age from TV (yeah, we had TV and electricity) because we only had shows that were subtitled, not dubbed! So that helped a lot. So English and Spanish were basic languages for us. 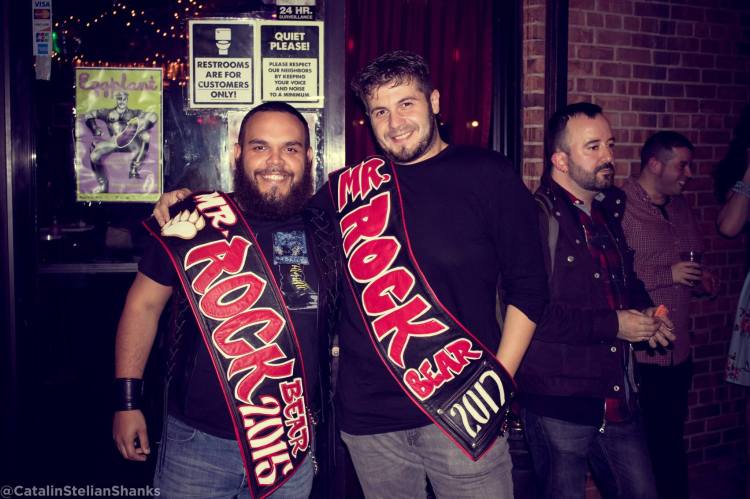 You’re popular in the bear scene here. You even have a sash to prove it!

That would get my vote! By the way, is it less easy and less safe to be queer in Romania then here?

Actually just like in the U.S., depends on where you live. If you’re in Bucharest–the capital–or other big cities, it’s easier. But if you’re in the “countryside,” it’s a little rough. Educational wise, not everyone is ready to face that. Most of the people still think that you will go to hell for being gay, or things like that… ’cause church is a big part of the Romanian culture.

Tell us a bit about the indie production company you’re involved with here, A Certain Something. How did that come about?

A Certain Something started about three or four years ago as a necessity for artists to create under an umbrella. All of us who are a part of it, we were creating content… but on our own, so we decided to unite our forces into this company! The main four people are [my husband] Gabriel Shanks, Cherrye J Davis, Nilan and me. Theater, music, music video, short movies, script writing, playwright, TV series (still in post production) … we do a lot of things.

Are you all kind of coming from the same place creatively and experience-wise, or are you entirely different?

We’re all coming from theater and television background, but we are very different as creators! That’s actually really good because we mostly complement each other.

A Certain Something is about to release a film series called Alone In Place, consisting of three shorts that I’m guessing were made during these past several months of social distance.

We were all going crazy because we were all working, but not creating anything theater or video related. And watching all the news, it’s pretty much discouraging to start creating now. So that’s why we said, “now is the time to force ourselves and plow through.” So we tried to think and come up with solutions to help us create in a socially distant context.

Luckily, as a respectful filmmaker, I have most of the equipment that you would need to create professional content… so we started working on it. The short movies are inspired by the time we live in here in US, and hopefully people who will watch it will relate to them.

The films, all of which you do the editing and cinematography for, will be premiering on YouTube over the next three Thursdays (11am each week). You’re starting with The Deprivation of Dmitri which you also star in, written and directed by Gabriel.

It’s a short story about a young, lonely introvert guy who has to face this isolation time… alone! It was interesting to run from camera / lights / sound to being in front! But because this pandemic forced us into having a minimal crew, it was just him, me and our dog, Izzy. 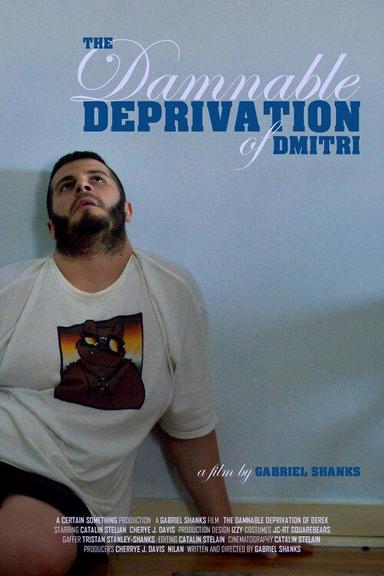 And then July 23 is the premiere of the next one, Covered, which Cherrye wrote and directed.

Yes. That one is a little bit more intense and more of a political statement–again, inspired by the times we live in. The BLM movement. It is always a joy to work and collaborate with Cherrye; she is so intimidatingly talented. I always ask her, how are you not famous yet? 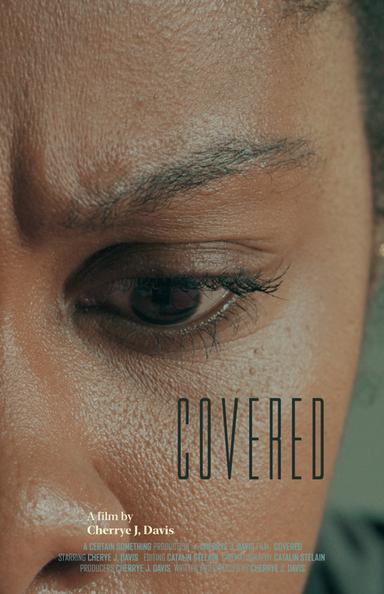 And finally on July 30 it’s HeyBabe, which Gabriel directed. You wrote it and star in it.

Yes… egocentric much!? It was a challenge. because we relied on technology and how people use it these days. And sometimes that doesn’t work properly when you have to do things from a distance. But we’ve learned, and actually we have another series of four coming up! 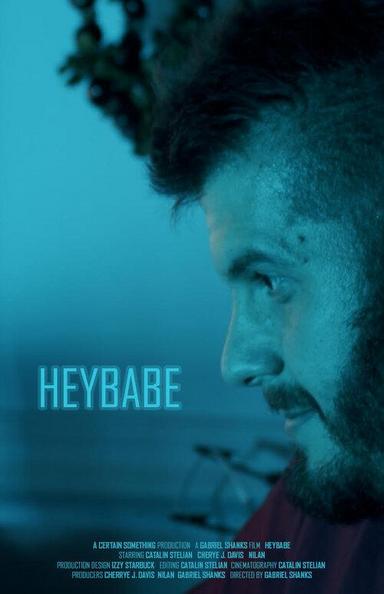 That partially answers my penultimate “what else is coming up from you” question… anything else?

Well, for now, it’s these [next] four, a music video that’s another political statement… and I think that’s it for this month.

Looking forward to watching it all! So to conclude, what’s the thing you are most dying to do once quarantine ends?

Actually,I am dying not to do dishes and cook three times a day. And to do? Probably film more, with more people all together.