Known in the worlds of nightlife, cosplay and general geekdom as a photographer who brings comic book pizzazz and pulp sexuality into his subjects, Fwee Carter is here to make heroes and villains out of all of us.

Thotyssey: Hello Fwee! Thanks so much for talking with us today! How was your week?

Fwee Carter: It was well. I was walking in the park twice a week so I can get my leg back to normal. I’ve been using a cane for the past two years, and finally transitioning to walk without it.

You’ve had mysterious, long-lasting issues with your knee.

I’ve been to multiple doctors, but the main issue was that my knee cap was wandering… and it was corrected with surgery. But for some reason, it’s been taking a really long time to heal.

That sucks incredibly. You’d think, though, that quarantine would be a good excuse to just put that leg up and veg.

I’ve actually done the opposite. When my knee / leg issues started I was put on disability, so I was stuck at home for months. Instead of focusing on what I couldn’t do, I used that time to work on my art and started focusing on doing photo shoots and walking in the park.  Now I’m focusing on the walking when I can, and learning K-pop dances so I can really move fast during my work.

K-pop is literally saving the world! Did you see how “K-Pop fans and Tik Tok-ers” allegedly froze out tickets to Trump’s Tulsa rally? Hilarious! 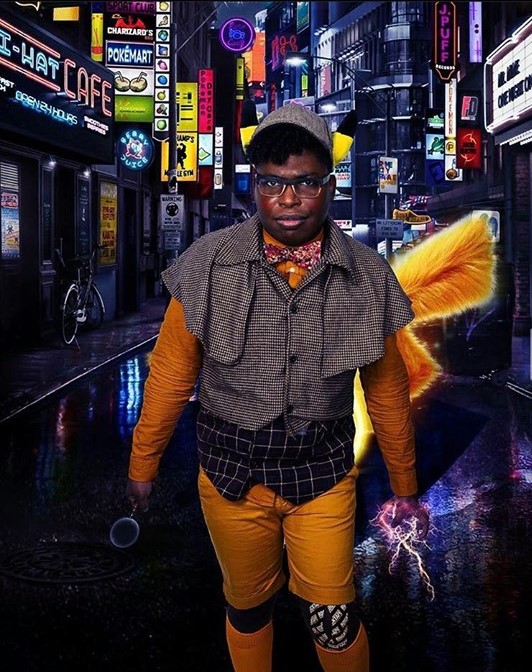 “Fwee…” is that short for something?

Haha, no, it’s just Fwee. It’s my name. It was a name given to me in high school and it stuck, and honestly I love it.

Where are you from, and have you always been a photographer?

I’m originally from Queens, but moved to Long Island before my sophomore year in high school. I honestly was always interested in photography. I would bring a camera with me everywhere, but I thought it was because I wanted to be a reporter. It wasn’t until I joined the school newspaper when I really discovered my love for it.

Once in college, I really discovered Photoshop. I was a part of many, many online communities back then, and people would show me new techniques and tutorials–and I just fell in love with creating crazy images. I would practice all the time. It wasn’t until my last year of college that my professors really encouraged me to work on my craft of photography and photo manipulation.

When I finally moved to NYC, I wanted to start new and open myself up to try new things. I started going to G Lounge for their nerd nights. I met other geeky gay guys like me, and realized I could make this a series… and I just went in creating the Sexy Nerd Project, which is honestly my first and favorite project I’ve done.

Haha, yup! And the bartenders the DJs. Honestly, if you take the time to chat with them, turns out they are all big geeks.

Yes, geek culture and queer culture go hand in hand! That brings us to the geeky question of the moment: We haven’t had a great on-screen version of Storm of the X-Men since the old cartoon, but now we might see Beyoncé play her in Black Panther 2. Other fans are petitioning for Pose’s Dominique Jackson to get the role! Do you have any Perfect Storms in mind?

Hmm, let’s see. There is American Gods‘ Yetide Badaki, Aja Naomi King from How to Get Away with Murder, Anna Diop from Titans. Even Laverne Cox would make an amazing Storm! I do remember the actress from If Beale Street Could Talk wanted the role as well. But honestly, Marvel needs to cast a dark-skinned black person as Storm. Hollywood tends to cast lighter skinned black actors / actresses for roles meant for darker-skinned black people. It makes white audiences feel “safe.” 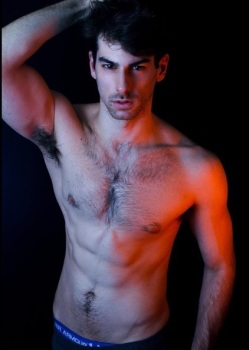 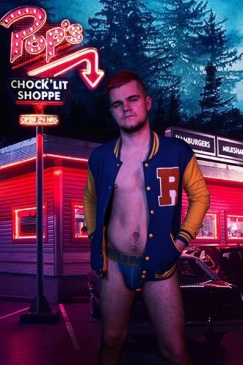 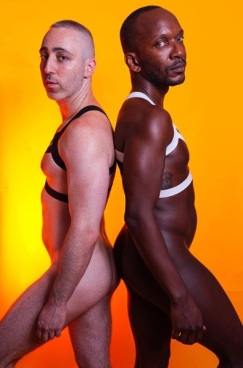 Speaking of X-Girls, I enjoyed your shots of geek goddess Megami as Dark Phoenix, and several other characters. She must be the perfect subject for you!

I’ve known Megami when she was just a shy geek, before all the drag. We would invite her out to geeky trivia and geeky Pictionary… and now look at her! She’s is literally running the show now. Oh. and that Dark Phoenix shot we did was actually after a cosplay shoot with her and a ton of friends as characters from Final Fantasy 10, and I had them throw her hair to give that effect!

Do you have an all-time single favorite pic that you’ve taken?

Ah, that’s a tough one! I changed through the the years, but I do love how much I worked on this shot [of Michael Sinatra in a TRON-inspired scene]:

But I also love this one [of Will Hutcheson] because I recreated the iconic Phoenix X-Men cover: 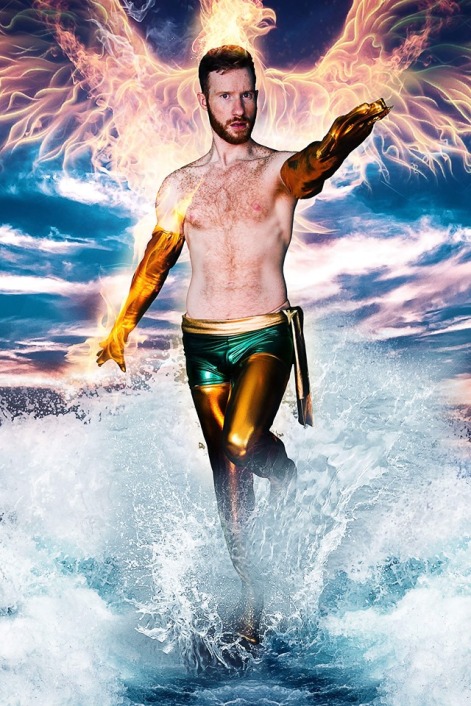 I see on your Insta that you’re posting a new series called “The Body Project” featuring sexy torsos of all shapes, sizes and hues.

Honestly, I had a dream about doing a shoot about it and I thought, “hmm, this sounds interesting.” But I wasn’t sure, so I talked to my friend Kevin and he pushed me to do it. So while I was shooting stuff for Easter, I decided to also take body shots just in case I decided to do the project. And then lockdown happened before I could finish my Easter shoots and upcoming glitter shoots. I edited the bodies I had so far, but I knew it wasn’t enough… so I went back and used images from past shoots. I was planning on asking a ton of different people to shoot, but of course I couldn’t… so I used what I have. There are so many people I wish I was able to shoot, to show off all different types of bodies.

Lockdown might be ending in the near future! Do you have any other projects lined up yet, or ideas you want to play around with?

Since going on my walks in Central Park, I’ve been finding some beautiful locations… so I may do some social distancing photo shoots in there.

Beautiful! Okay, in conclusion: your geek fandom has been well-documented, but who or what in the vast, obscure realm of genre nerdom do you stan the most?

It’s not obscure, but I have three huge fandoms–I know absolutely everything about each of them: Pokémon, Sailor Moon and Power Rangers / Super Sentai. But if we were going obscure, I’d have to say my favorite Power Rangers series is Power Rangers Time Force. I can talk about it for hours. It’s truly one of the greats. 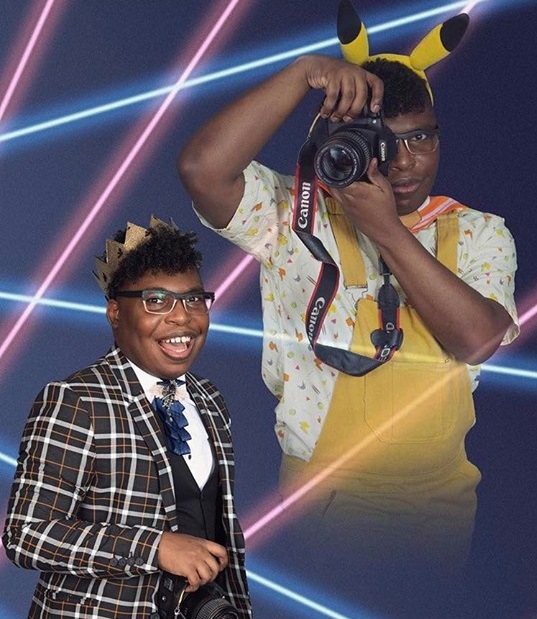