She’s serves body, she’s serves face, she serves shows… she serves pastries! The Filipino-American performer Bibingka Mama has become a Brooklyn institution… and it’s high time we all signed up for her brand of drag, burlesque and delicious foodstuffs. [Cover photo: Jeff Jassky]

Thotyssey: Hello Mama! Thanks for chatting today! So, you recently gave a rare Manhattan performance at Barracuda Bar, alongside fellow Filipino queens Jiggly Caliente, Mancie Mandell and West Dakota! How did that go?

Bibingka Mama: Yes, it was “One Night in Jiggly” and it was a super fun show… and she was such a pleasure to work with. The show was a deeper look into Jiggly’s life where she spilled all the juicy tea. She also wanted to showcase her Filipina fam, so also asked me to sell Bibingka, which was a great opportunity to share Filipino culture.

I have worked with West Dakota in the past for a few events, and they are an amazing performer. I love working with them! Their aesthetic is so inspirational.

You occupy an interesting role in nightlife as both a food merchant and a stage performer. Did you ever think, like, 10 years ago that you’d be doing this?

I never thought I would be a performance artist. When I moved to New York, I was married and working as fashion designer, but the corporate work is unfulfilling. I used to be pretty shy, and spent most of my time with my ex at shoegaze and rock shows. It wasn’t until we split where I was able to find myself again… and Bibingka Mama emerged.

Where did you move here from?

I grew up in Stockton, California, then lived in San Francisco for a bit. I have family in the Philippines, and I visited once when I was nine.

How exactly did you find yourself in the Brooklyn nightlife scene?

When my husband and I split, I started hanging out in the queer community more often. One of the first parties I went to was the Bubble_T party at The Rosemont. It was the first time I felt like I belonged somewhere. It was also a safe place, and I enjoyed being around like-minded individuals. So I just kept going back to The Rosemont and Bubble_T, and these folks became family. I also love a look party; I was always down for any chance to dress up.

When did it become a thing you for to be serving Babingka wherever you show up?

I think it was the second show I was booked; I brought Bibingka to the Rosemont. I realized that most people, unless they were Filipino, didn’t know what a Bibingka was. The pastry is so unique that I couldn’t find the words to describe it. So I started giving away the cakes for my shows so people could try it. I still bring Bibingka cakes to my shows. People need that full Bibingka experience.

Okay, I now challenge you to describe what a Bibingka is!

OMG! Thank you so much! It’s my favorite dessert, which is why I took it as my name. I’m also that thicc rice cake, and like a Filipino mama, I’m feeder.

How did you start performing?

I thought about doing burlesque, but I felt too insecure to undress in front of an audience. So that never went anywhere, but I did pick out a name. A month later, I saw two of the party producers of Bubble_T a week before their Halloween party “Cosplaysia.” I was telling them about my costume, and showed them a video of me whipping fans. Pauly_T then asked if I wanted to perform, and I drunkenly agreed! I had a week to start all my social media and to get a performance together.

What does a Bibingka Mama performance look like today?

It usually has a cultural or personal story. I like to keep it fun and light, with a little alternative hip hop.

Who do you consider to be your sisters in this business of nightlife?

I would say any queen I do a show with becomes a sis! But I have a special place in my heart for the Bubble_T fam and the A+ fam. I do a show called Bodyrolls at The Rosemont, so I became close with DJ Tito Vida of Bubble_T, Mini Horrorwitz and Ramen Bitch. My friend Nova JJ helps me out with pop-up events. This community is so welcoming that I feel like family where ever I go.

Tell us more about what the Bodyrolls party at The Rosemont is like.

Bodyrolls is a 90s / 00s hip hop and R&B party. We’ve been doing it the second and last Thursday of the month. The next ones should be on March 12th and March 26th. 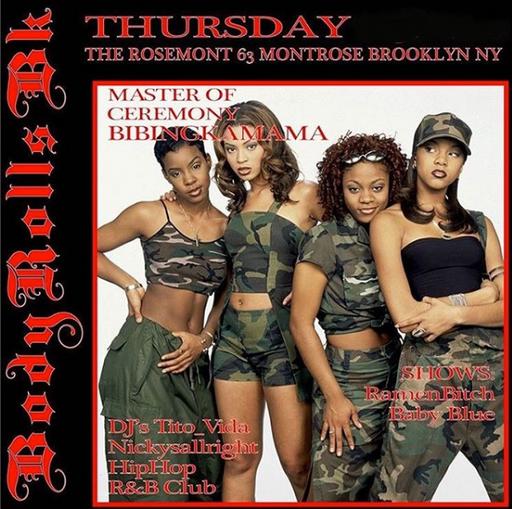 In the meantime, this Saturday you will be at C’mon Everybody for a Janet Jackson tribute party with DJ Hannah Lou and Miz Jade: #Justice4Discipline! Are you a Janet Stan? And, do you think the Discipline album was overlooked by everyone?

I definitely Stan Janet. I love her! She’s an icon! I think the album was overlooked. I overlooked it. I only knew a couple of songs, and after listening to the album for this event, I definitely appreciate it more.

Are you gonna perform? And feed us, lol?

Maybe both! I’m going to perform; I might bring some treats. 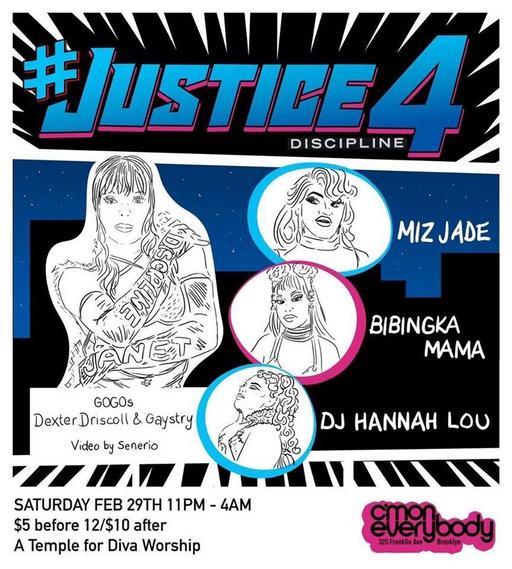 I have a few events coming up. On March 2nd I’ll be performing for an Elizabeth Warren fundraiser event, with Junior Mint and Just June. 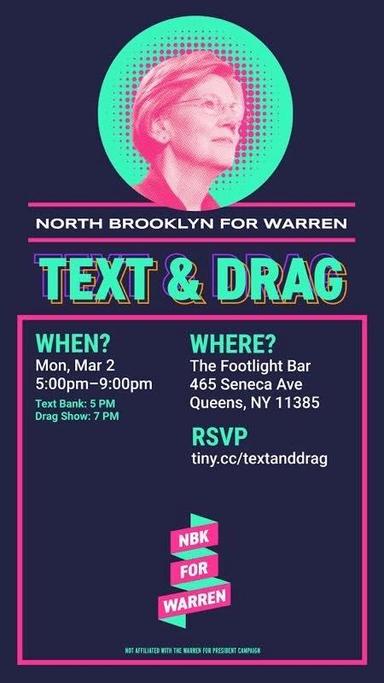 I’m also doing Synthesis [a variety show / performance art showcase] which is created by Miz Jade on March 20 and 21. 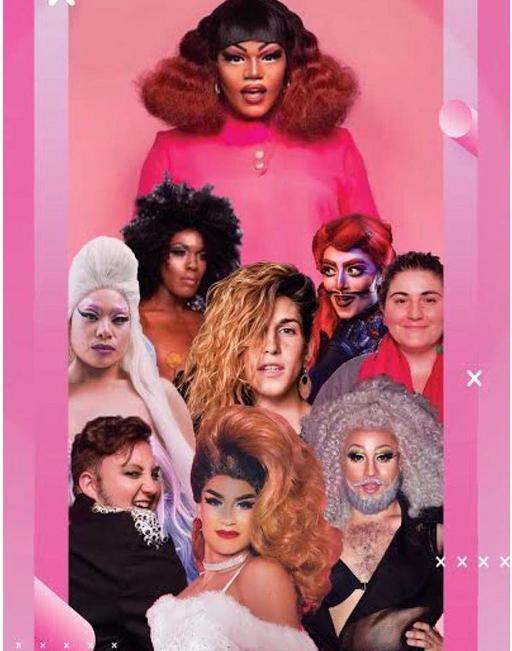 I have a pop-up shop at BK Queer Flea on April 11th, and the Hester Street Fair on April 18th… and another booth in the evening at The Brooklyn Ball with Untitled Queen. Also, a 420 party which is TBD. I think we might have that at 3 Dollar Bill. Some 420 treats!

Okay, so in closing: Season 12! Whose team are you on?

Team Jackie Cox! I performed with her at A+. So I’ll support my sis!

One thought on “On Point With: Bibingka Mama”