A veteran all-star of the burlesque stage and the DJ booth, we are about to see even more of “The Bouncing Bubble-butt Beefcake of Burlesque” Gogo Gadget as he and another burlesque bae prepare a new recurring showcase in the West Village.

Thotyssey: Hello Gogo! How was your Valentines Day?

Gogo Gadget: Beautifully busy, with a work in progress (that felt like more of a full production) with Third Rail Projects–my regular theater gig.

Well, we have a perpetual project that we debuted in 2012 that had been intended to run for six weeks, but has now been running for about 8 years, called Then She Fell. It’s an immersive show based on the writings of Lewis Carroll.

Alice in Wonderland has been turning the children queer for centuries!

Have you always been involved in theater and stage production?

Yes. I got my double major in Performance and Production Theater from Rhode Island College–all so I could get my minor in Dance, which is where I focused my earlier career.

Are you a RI native?

And what was the music that was really inspiring and speaking to you from an early age?

My first three albums I saved up to buy for myself were: Gloria Estefan’s Cuts Both Ways, Janet Jackson’s Rhythm Nation 1918 and Tracy Chapman’s debut album (I’ve got a lesbian living deep in my soul).

Three classics! So how and when did you ultimately discover burlesque?

Eight years ago. I wanted to create a dance/theater piece around the subject of body dysmorphia, since it’s simmering I’ve struggled with, and I’ve been around others in the dance field who have also been affected by this.

I’d been invited by some co-workers to attend a show called “Meaner, Harder, Leather” [at the now-defunct Vig 27], and was fascinated by [burlequers] Stormy Leather and Chris Harder, as well as [drag queens] Misty Meaner and Mocha Lite. I didn’t realize that male-identified performers were also part of the burlesque landscape, and so I decided to attend the show pretty religiously for several months before Chris offered his first ever Boylesk 101 class. I signed up immediately to learn more about the culture and community. I never expected to perform beyond our “recital.”

Do all the kids out there get that “gogo gadget” was a catchphrase from the Inspector Gadget cartoon in the 80s?

It was! I chose it because Harder’s name at the time was an inspiration, and I used to work for Apple and continue to do side work in IT.

How have you noticed the world of burlesque has changed since you started?

And… all time favorite gig or show memory?

Honestly, I truly miss “Meaner, Harder, Leather” and it’s crazy conflux of forms, audience and cast. It was such a crazy, lit up bonfire of performers and performances, with rich, sultry, determined personalities behind it. I can only hope that Jack and I can capture some of that excitement with our new show. 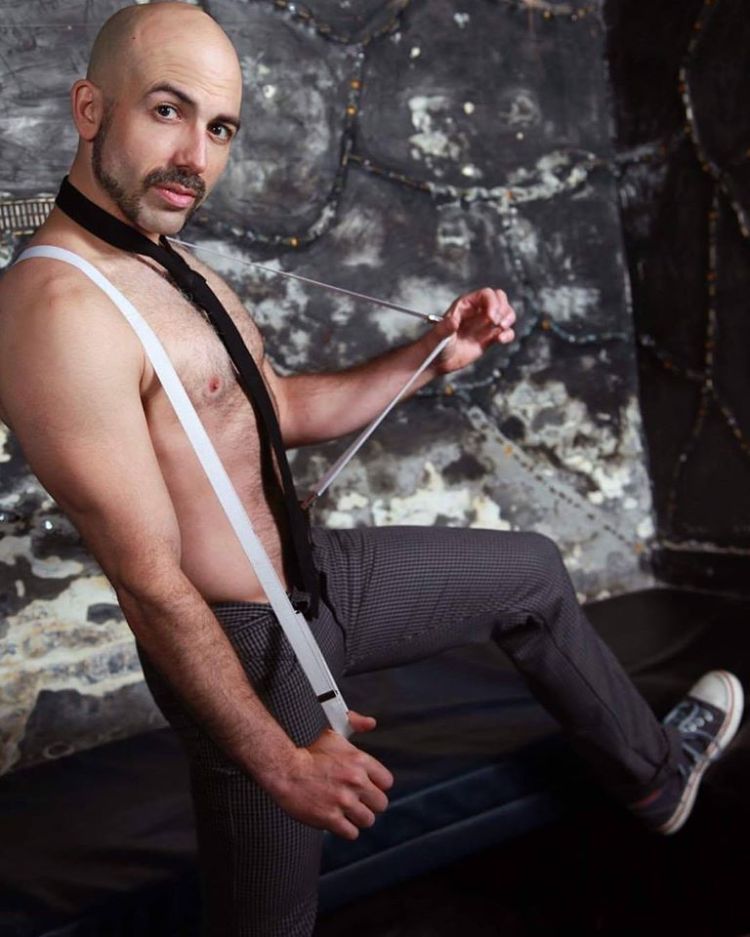 I’m sure you will! We’ll get to your new show with Jack Barrow in a moment, but first… you also DJ! How did that come about?

Believe it or not… at church, when I was in junior high. I went on to work at the music store throughout high school into college. In college, I became the Top 40 music director of the college radio station while also DJ’ing for the alternative rock department in the morning.

I love Ariana, Lady Gaga, Katy, Rihanna… all the way to Orville Peck, Bjork, Mayer Hawthorne, Lizzo, Childish Gambino, Postmodern Jukebox, and  Patrick Wolf. and I will forever worship at the house of Madonna, amongst so many many others. I freaking love all genres! Music is the universal salve for existence.

Most frequently, you’re in Ditmas Park’s Sycamore Bar DJ booth for the monthly parties “Q Train” (first Thursdays, featuring guest drag performers) and “B Train” (third Thursdays with burlesque performers). When did you start spinning for those nights?

Q Train like 7 years ago, and B-train just over 2 years ago.

Right now, I’m so grateful when I can perform my Calling Birds act, which is primarily to Lady Gaga’s / Beyoncé’s “Telephone.” A close second is my sailor act to an old Annette Funicello song. I’m currently creating something new for a Westworld themed night. It’ll be hella country.

Can’t wait to see that! Okay, so your colleague Viktor Devonne and his White Elephant Burlesque have left their Rockbar residency and the East Coast altogether. This means that the Rock Solid Revue is now Rockbar’s twice-monthly resident burlesque show, starting this Wednesday! You and fellow sexyman Jack Barrow are running the show. Tell us more!

Well, we’re excited to build up something together. And we definitely agree that given the dimness of the current political and social climate, it’s valuable, important and somewhat essential to provide a place for us to generate genuine joy through artistic expression. We want Rock Solid to become an event where everyone can expect to be not only entertained, but also to have their hearts and minds piqued through laughter and joy. I’m equal parts nervous and excited to discover what we can all build together every second and fourth Wednesday, after this Wednesday’s debut. 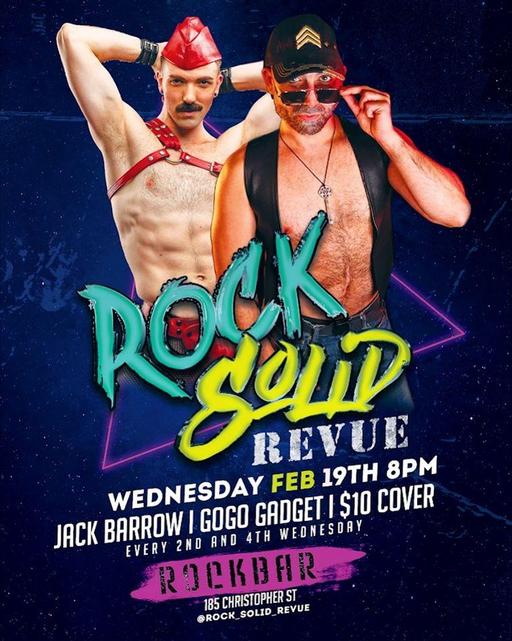 It’s gonna be a great night! What else is coming up for you?

Well, I continue to perform with Third Rail in Then She Fell, but only occasionally (after 1,100 performances, I’ve slowed down there a bit). There’s an upcoming project this summer (it’s still very much under wraps), and I’m about to embark on an artistic process with my newly formed cast for an intimate immersive dance / theater experience inspired by the times and life of Josephine Baker. That one’s my dream project, and I’m excited to bring it to life. Meanwhile, I’m going to be pouring a lot if my creative energy into this collaboration with Jack. I want Rock Solid to truly succeed!

Good luck with everything! Last question, which I enjoy asking everyone in the genre: what is the absolute worst song one can burlesque to?

Hmmm….. Actually, I don’t know that there can be a worst. One person’s worst could be another artist’s greatest success. I seriously tried to come up with songs that would be the worst, and then I’d think of someone who’d probably find a way to kill it: any obscure holiday number, there’s someone who could turn it out. Any strange artsy song, there’s a Vic Sin or Seedy Edie who could make it into something spectacular. Sorry, but there’s no worst song. Burlesque asks you to make it work–do the strip, complete the number, deliver the goods–and as Tigger! says, “Fuck ’em in the heart,” song be damned!