Thotyssey: Wassup Tina!  I just saw you the other night at Pieces; you slayed while competing in Drag Wars!

How did the rest of the night go?

After Pieces, I headed over to Monster Bar to support my big sister Egypt with her show Missfit Mondays.

That’s a cute time, too! You are a regular presence at these competition shows all over the city, and you often win them. Do you enjoy doing them, or do you kinda feel like this is just what you have to do at this point in your drag life?

I’m completely torn, honestly.  I haven’t been attending the majority of the competitions as of lately because I’m trying to take my drag to another level. I recently was asked to co-host The Help with Kizha Carr when [her usual co-host] Pixie Aventura was out of town, and it truly inspired me. I was like, “hey I can actually do this!” It ignited a fire in me to leave competitions and give newer queens a chance. I’ve just been at Drag Wars frequently because I’ll be in the next All-Stars. Oh, and they tip the house down there!

I can only imagine the trickiness of figuring out when it’s time to stop doing the competitions and elevate to the next step. How long have you been a queen now?

It’s now been a year and one month. This year has progressed extremely fast, and I’m ready to continue this growth. Especially while I have this momentum.

And you are originally from Chicago, right?

Yes, “BITCH I’M FROM CHICAGO!” South Side, born and raised.

And obviously, dancing has been your thing for a long time.

Yes! I’m 27 years-old now, and I started dancing at the age of 17. However, I didn’t seriously start training until 21. That’s when I knew I had to make a career of it. I’m signed with Bloc Agency, and right now I’m finding the balance of drag and audition life. Now my butt just needs to get into vocal lessons.

As far as dancing goes, you’re quite accomplished at this point. You were featured in Todrick Hall’s video for “Wig!” And you’ve spoken positively about that experience, whereas some dancers who worked with him complained about being unpaid, exploited, or treated improperly in other ways. Where do you stand today when you reflect on that experience of working with him?

I absolutely loved the experience, and wouldn’t trade it for the world. Todrick Hall was nothing but kind, and so relatable. He literally talked to everyone, and was a sweetheart. Before rehearsals, he mentioned it wouldn’t be paid and he would have no hard feelings if people didn’t do it. There were a few people who didn’t participate. However, for the ones who did, the chemistry in rehearsals and on set was so fun. Even my dancers Brandon, Bernard, Anthony, Hector, Darnell and Izzy who performed “Wig” with me all came from the video set, and I love them all.

I feel a lot of people based judgment on Todrick from hearing others personal experiences with him. I think that unless you know or have worked with him personally, your opinion is just that–your opinion. It won’t be accurate, honestly. People have come to conclusions that he said he would pay us for the “Wig” video, or that we worked for free [even though] we have agents, etc. That wasn’t the case. I would gladly work with him again.

How did you discover drag?

I was watching and supporting She’Knead ThisGig with her numbers at competitions, at first. Then one day, she said I should be in her number… but in, like, boy drag as a scene partner. That went really well a few times, and so one day she dared me to do it alone at Polish the Queen at Stonewall. I will never forget the day I performed my ratchet Goldielocks skit at Stonewall on November 14th, 2018, and I won my first time competing.

After that, I kind of did that number–along with my infamous Monet X Change tribute mix that is win at most amateur competitions. I even won Look Queen my first time–and Monet, Bob the Drag Queen, Dusty Ray Bottoms, Monique Heart and Shuga Cain were all there.

Dance and drag must feel like a perfection union for you.

Yes, it’s literally a blessing I was never expecting.

When you discovered there was a famous queen here named Tina Burner after you drag named yourself, were you concerned that NYC would have two Tina ____ers?

I wasn’t, because I know we are both totally different queens. She definitely inspires me and competing at Star Search and having seen her perform regularly always makes me happy. She always teases me for my name, but jokingly of course. She’s honestly one of my top ten NYC queens.

And I just recently learned that you are Kareem McJagger’s drag daughter! That makes Honey Davenport your Grandma!

Yes, technically I’m a Davenport, lol. Kareem saw me perform my Monet X Change number at the Rosemont, and after he sent me a long message saying he enjoyed it and gave me notes. I really appreciated that, and we kept in touch after. We wouldn’t see each other often, but I know he was watching me via social media. With the consistent communication, he eventually asked me one night at Stonewall [if I wanted to be in his drag family] and I said yes, of course. It all felt full circle, being asked at Stonewall where I got my start.

Have you found many sisters among the up-and-coming queens here in the city, or is it all too cutthroat?

I definitely find the majority of the girls to be very kind. However, I have heard of some talking behind my back and saying some not so nice things. But why waste energy on that, when I could be putting more energy into my growth in this art form? I do have Islaya, who I consider my one sister. We both have the same drag mother, Zarria Powell. She’s amazing and super supportive, and performs the house down.

How do you see that your drag has evolved since you started?

I remember when I started, I would always be scared to do a straight lip sync song because I thought keeping the attention span of the audience would be more challenging that way. Therefore, I relied on making mixes. I definitely have grown, and learned to pace my straight song numbers as if I’m telling a story to keep you engaged the entire performance.

Another way I see drastic growth is with my makeup. I would practice late nights, I’d re-watch makeup tutorials even months later, and I’d invest in better quality makeup as well. A lot of people may recognize my quick makeup growth–however, what most people don’t know is that I draw as well. I feel that, although I haven’t drawn in awhile, it definitely contributes to my paint. Now, I definitely want to start doing more behind the scenes, like learning how to style wigs and sew. I’m just always on the go!

You’re off to a great start in 2020! Having first won the last 2019 cycle of Polish the Queen at Stonewall (I judged that!), you now get to come back and host your very own Stonewall Invasion on Sunday, February 2! What do you have in store for us?

It still surprises me that I won. I remember you saying after my number that I “came to win this time around,”and I thought to myself, damn right. As far as my Invasion night, I have an amazing group of performers for you lined up. I’m really big on versatility, and you’ll definitely get a high energy variety show. I’m super excited for the night, and I pray it turns out amazing. I hope to see you there, of course! 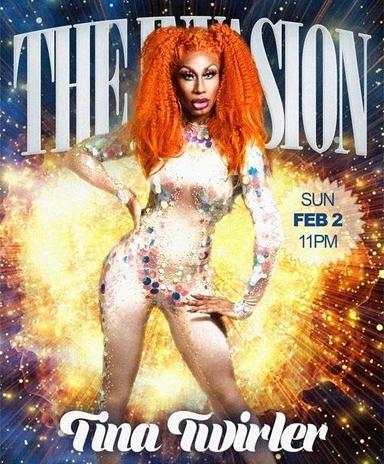 I can’t wait! And I know you can turn up in any given show on any given night, but do you have anything else specific lined up right now?

As far as major shows, nothing as of yet other than my Invasion on the Second. But I’m sure something will come along soon!

Okay, lastly: from what you’ve learned as a young queen who’s already made great strides, what’s your best advice for a girl who shows up out of nowhere tomorrow and wants to be a NYC drag queen?

Be kind, listen to your elder queens… and never, ever become complacent with your art. Always push yourself to be the best you can be.

Thank you Tina, have a great Invasion! 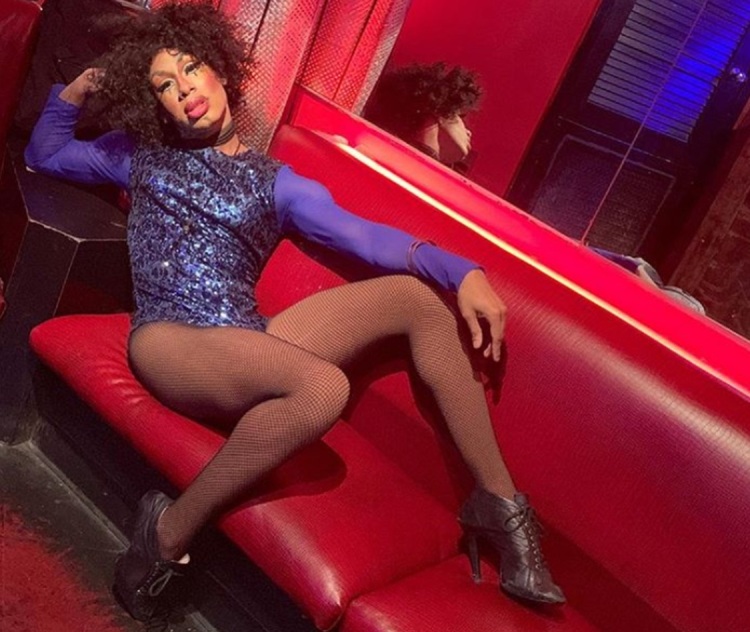