In a fairly young career, this sexy circuit DJ is already world-traveled and globally in demand. Thotyssey checks in with megastar dancefloor destroyer Shane Marcus on the eve of some truly big gigs, including his biggest yet.

Thotyssey: Hello, Shane! I see from a recent Facebook pic that you’ve been a bit under the weather recently.

Shane Marcus: I was! Everyone in NYC seems to have caught something. Luckily i’m back to being 100%!

Glad to hear it! In general, does living the life of a globetrotting DJ really take its toll on the body?

I’m so lucky to have the opportunity to travel all over and share my music with people. And to make sure I keep that opportunity, I always keep myself in good health, as much as I can. It certainly takes a toll, but with the right regimen in place, it works out… most of the time.

How long have you been a professional DJ now?

So you’re still pretty fresh to the scene, but certainly popular already! Well, let’s start at the beginning: where are you from, and what kind of music first grabbed you while growing up?

I grew up in New Jersey–but my entire family is from Israel, which is where I get the roots of my music from. I always grew up around music; from a very young age I learned to play the piano, acted in musicals and school plays. That is what made me fall in love with music in general–the melodies and ballads that these incredible artists would sing. Tie that together with a mother who also played the piano among other instruments, and you have the making of a heavy vocal DJ with a Tel Aviv-inspired influence in his music today.

It is the moments when I hear someone sing, or a melody or beat, that makes hair stand up on my arms and gives me chills throughout my body–that’s when I knew I fell in love with music. Nothing else affects me the way that beautifully created music, along with incredible vocals, do… even to this day. 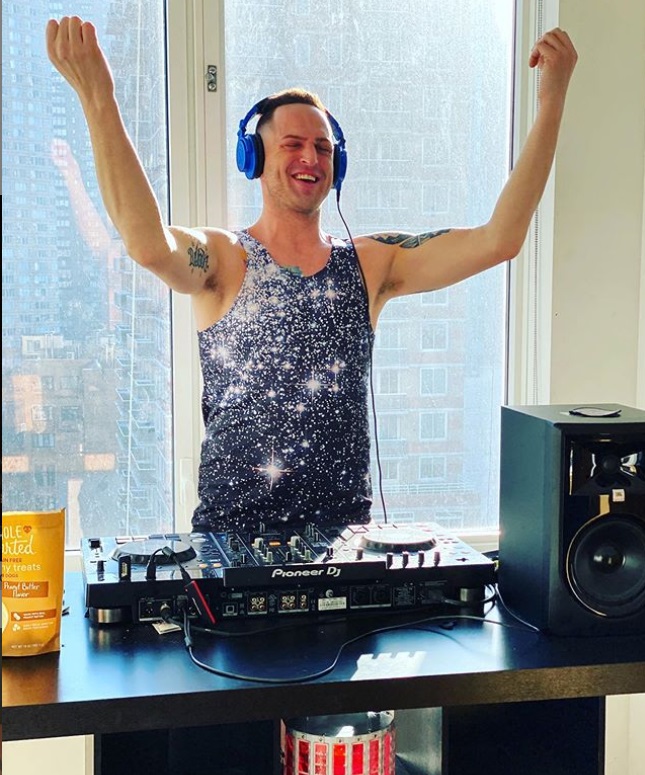 It may be surprising to some people that so many club DJs are classically trained, with such diverse musical inspiration. How did you begin DJing?

It had been a long to-do of mine, I’ll never forget going to my first Tiesto concert–and besides listening to the music, I was in such awe at how it all came together and truly told a story. And then I kept looking back and forth between the DJ and the crowd, and the connection they had, through the music he was delivering. I said to myself at that point, WOW, this is something I would absolutely love.

Then a few years back, a friend of mine took me to my very first circuit party–a place where all of that takes place, in safe spaces, predominantly for the LGBTQ community. And from there, I fell in love even more. I started to learn the basics of DJ’ing in my apartment, and kept putting myself out there asking for people to listen as much as I could–sometimes, too much! But all of that drive and determination–and most importantly, the support I have from so many (which still baffles me)–has allowed me to be where I am today. And I am so grateful for it.

Many colleagues of mine like to use the word “journey,” but I prefer “experience.” The reason for that is because besides wanting people to hear the music, I want people to feel the music. My sets go through phases during the night that hopefully make you feel like you can express every emotion you have, with open arms, safely. I love to throw power ballads, melodies, heavy drops and uplifting gains in every set to create the experience of flight, takeoff, cruising and landing, with a few pit stops along the way.

A true experience indeed! Do you have a favorite venue or city to spin in?

I’ve had the opportunity to spin in some of the coolest places in the U.S. But nothing so far has beaten the venue I spun New Years Eve in in Peurto Vallarta, Mexico–on a mountain, overlooking the entire city itself. It was truly remarkable.

Amazing! Have you done Tel Aviv yet?

It’s at the top of my bucket list of places to spin, and hope to get there soon!

We are at a weird impasse where on one hand, our collective queer musical lexicon is getting blander and ill informed, and we’re becoming less socialized. Yet at the same time, circuit parties and EDM are booming globally (even in New York, where we struggle to find large venues). What do you think the future holds for the circuit and electronic dance music?

Circuit parties give you the opportunity to explore a style, genre, DJ and class of music that is, in fact, different, because every DJ has their own style and vibe. For example, you could listen to a mix of a Celine Dion track that I made, and it makes you want to hug your friends… but another DJ could remix that same song in his style, and it would make you cry, or smile. In addition to that, you also have incredibly talented DJ’s who produce their own music, which I am also interested in learning.

I also think that these events quickly are becoming more and more popular because it gives people a chance to socialize, interact–and just be you, without judgement, with open arms and a welcome smile from everyone. It’s a community within itself, and its only going to continue to grow and grow.

The Circuit is a new YouTube docu-series exploring both the glamour and business of circuit parties. It looks like you’re featured in it, along with several other New York and  international DJs, producers and general folks in the circuit scene.

I heard about it a few months back when it was in its infancy phase, and due to schedule conflicts of work and traveling, I couldn’t be as much of a part of it as the other members. You’ll definitely see me in there, right after spinning an event and catching up with a friend in the nightlife industry. From what I’ve seen, it looks fantastic. I hope the series shows what an amazing community the circuit community is, and how thousands of people come together to have fun in a safe space!

February 1st sees the return of Jake Resnicow’s Zero Space party to its huge Chelsea venue, and you’ll be returning to the DJ booth for this edition. Zero Space is as much a visual spectacle as it is an audio one, right?

Just walking into that venue is an experience in itself! Yes, it truly is an incredible space that makes you feel like you’re in another dimension, if not another planet! I am so excited to experience it and deliver some incredible music. 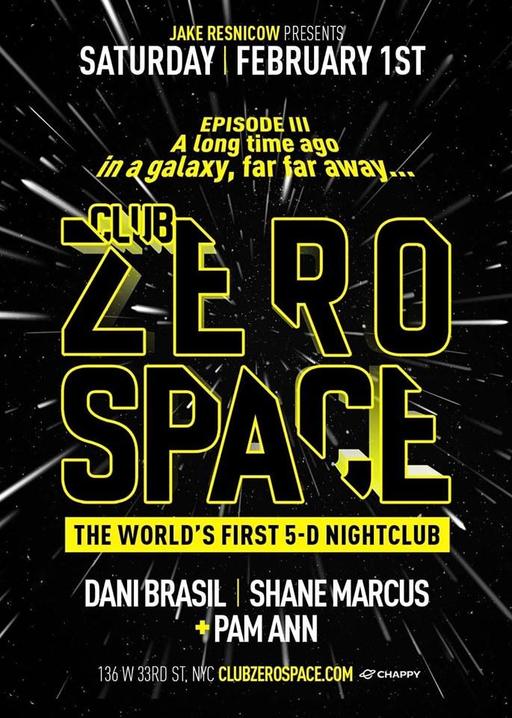 And for Presidents Day Weekend, you’ll be in San Francisco.

I’m very excited about that! I’ll actually be making my debut there, for Cecil Russel’s HEAT Party, spinning alongside Joe Gautheraux.

Then looking ahead, in April you’ll be on the roster of incredible DJs for the Cherry Fund in Washington, DC.

One of my favorite festivals of the year. Last year was my first time spinning it, and this year is the 25th anniversary/ It will be the biggest party of my entire career.

Anything else coming up that the children should know about?

So many new upcoming parties from DC, to Denver, to San Fran, to Dublin, to NYC Pride… 2020 is going to be an amazing year!

Werk! Okay, finally: what’s your best advice for a baby DJ trying to make it on the scene today?

Do you research. Ask for guidance. Take risks. Always be willing to learn and push the envelope. And most importantly, stay humble and remember where you came from, and those who helped you get there.