Thotyssey catches up with NYC’s kindly and campy queen, former Miss Rockbar Coco Taylor, as she prepares to premiere her biggest show yet.

Thotyssey: Coco! Hello and happy New Year! The last time I saw you was just a few nights ago at Rockbar where you performed with the current and prior Miss Rockbars, Victoria Williams and Nicole Onoscopi respectively. And then right after, Maddelynn Hatter did her show with Gia Gunn and Laganja Estranja. It was all pretty epic!

Coco Taylor: It was insane! I ended up getting out of drag and barbacking a little, because it was so packed!

Rockbar is quite a hotspot in the West Village these days.

Yes indeed! It’s been a pleasure to see it grow over the last two years. I have to say a lot of that is co-owner Jason Romas and the new stage/lights.

Yes! And speaking of stages and lights, you’ve become quite the fixture over at the Laurie Beechman Theatre! You’ve guest hosted Members Only Boylesque a few times, and of course you were a dashing drag Homer in The Simsinz! That show was so much fun.

Oh, thank you! Yes, I may be the only queen to pull a two-show day at the Beechman!

Being a cabaret stage queen a la Paige Turner or Jackie Cox is a lot different than being a bar queen, I imagine.

It’s a completely different experience. With a bar show, you have immediate response. In a cabaret, the audience will really listen and respond after a number (hopefully). You think your number’s not landing, but it is.

You’re about to bring an all-new experience there. First off, let’s talk about Drop Dead Gorgeous, the 1999 film! It was a dark comedy about a small town beauty pageant in a mockumentary style that was really ahead of its time, and is now revered as a cult classic. Has this always been a favorite of yours?

Yes! I rented the DVD from my local blockbuster so many times they just ended up giving it me. I love it so much.

Your new upcoming show is an homage to DDG, featuring lip synched dialog taken directly from the film. Tell us about American Teen Princess, which arrives January 17th to the Beechman!

It’s an all-drag, all-lip synced tribute to the film. The (almost) whole show takes place AT the pageant, so you feel like you’re there in Mount Rose. It should be a crazy, fun night! I’ve got a great cast, including Nicole Onoscopi, Ritzy Bitz, Heidi Haux, Tiffany Anne Coke and Carlos the Uber Driver. We’ve been cracking each other up in rehearsal, so hopefully y’all think it’s funny too.

How rewarding, and challenging, has it been to put a production of this caliber together?

Both extremely rewarding and challenging. With the exception of one number (by the amazing Ritzy Bitz), I made each mix in the show. I also created the video backgrounds and assembled the props. That’s a heavy load. But these queens came in ready to slay, and it’s amazing to see them landing the jokes that were just in my head. 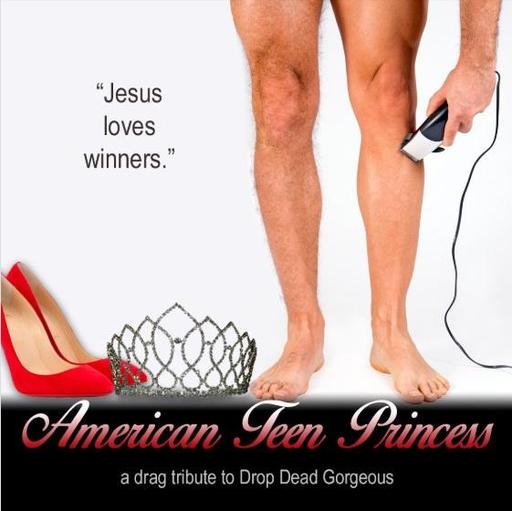 Looking ahead… The Simsinz returns to the Beechman on January 24th and February 14! That follows a similar formula as Another Teen Princess, with dialog taken entirely from the source, but lip synced. This time, the source is The Simpsons cartoon.

I love our little yellow family, so any chance to do the show is a gift. Plus I’m a huge Simpsons nerd, so hearing the audience respond is great. 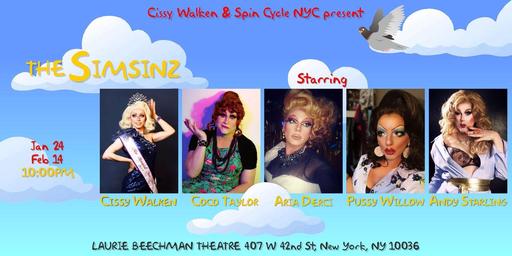 I’ll be there to drink in celebration or sorrow! It’s a wonderful night to see all your nightlife friends and bond. Did you know I went out in drag for the first time at the GLAMs back in 2017?

No, that’s quite a legacy! Congrats on all your GLAM noms and upcoming shows!

Thank you! Back at you.

What else do the children need to know?

Tickets are available at SpinCycleNYC.com for American Teen Princess, The SimSinz and Members Only Boylesque. I’m at Rockbar monthly now (day / time to come), and otherwise just trying to beat the winter blues!

Neither! I thought it was a riff on Carol Burnett’s “Went With The Wind” dress. Same colors and everything!

That would’ve been genius on her part! Thanks Coco, see you soon!