This rapidly rising star of New York drag (already a GLAM nominee!) got her first taste of the art form touring with “KinkyBoots,” and has since made her presence known in nearly every drag venue in the city. Get a jolt of Elektra Lite now, before superstardom launches her onto the next level! [Cover Photo: Wilson Models]

Thotyssey: Elektra, thanks for talking to us today! So, how did you ring in the New Year?

Elektra Lite: I styled hair, and then went out around two to celebrate with friends. A chill night!

You’re fairly new to the scene here in NYC, but you’re already making waves. What are the most challenging and most rewarding aspects about doing drag in this city?

The most challenging is definitely balancing finances, sleep, and work. And the most rewarding… I’d definitely say seeing that my hard work and determination are being noticed and appreciated!

You’re originally from Chicago. Were you always into dance and performing while growing up?

I did what every Midwestern kid did: sports (I know, gross). I didn’t really start dance and performance-based activities until I was in high school.

You were part of the Kinky Boots touring company. What was that experience like, and who did you get to play?

It was wild! I saw so many countries and cultures, got to perfect my paint, and make friendships while I was playing an Angel… later adding a Lola understudy!

We love Mother Porter, and I could’ve be happier that his genius is being appreciated as it should be.

How was Elektra Lite born?

Lots of new queens today think that perfecting their beats from home and getting online likes through social media is enough to entitle them to superstardom. But you are pursuing drag success the old-fashioned way: showing up everywhere in drag and jumping in to do free numbers, doing every competition, and just constantly supporting other queens and showing up to stuff. How did you figure out that this was the way to go?

I honestly just love drag! I didn’t do it the way I did because I figured out that was the way to make waves. I just like being in drag, supporting other artists, and making friends. The fact that that simultaneously gave me a bump of recognition in the city is an unexpected, but beloved addition.

You have worked with, and are now Judys with, some of the biggest queens in the city: Brita Filter, Stephanie’s Child, Kizha Carr, Ruby Roo, etc. I assume they make good teachers for a young queen.

They have taught me so much! Their guidance, love, and council is something priceless to me, and I can thank them enough for everything they’ve done for me.

How would you describe Elektra Lite as a performer these days?

I would say Elektra is a dance comedy girl who just loves to twirl, be an idiot, and throw her body around like she has universal healthcare.

Right now, you are part of the Lucky Chengs family, particularly with their Sunday brunch show headed by Svetlana Stoli off-site at Secret Room NYC. How have you been enjoying that experience?

I love it so much! Seeing the types of people who either don’t or can’t come to nightlife events getting to experience drag is wonderful! 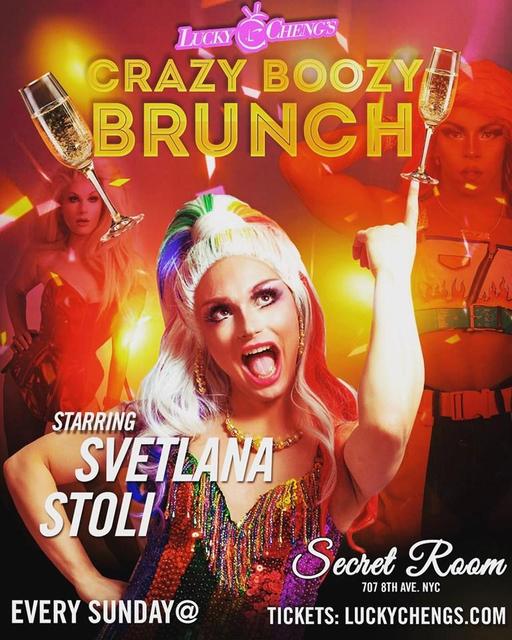 And, while Lemon has been off on her Cruise, you’ve been sharing the Hardware stage with Skye Walker and DD Fuego for Woman Crush Wednesdays! Weekday drag is a trip, isn’t it?

It’s a GAG! The amount of love that the audience pours on us on that night is nothing short of magical! 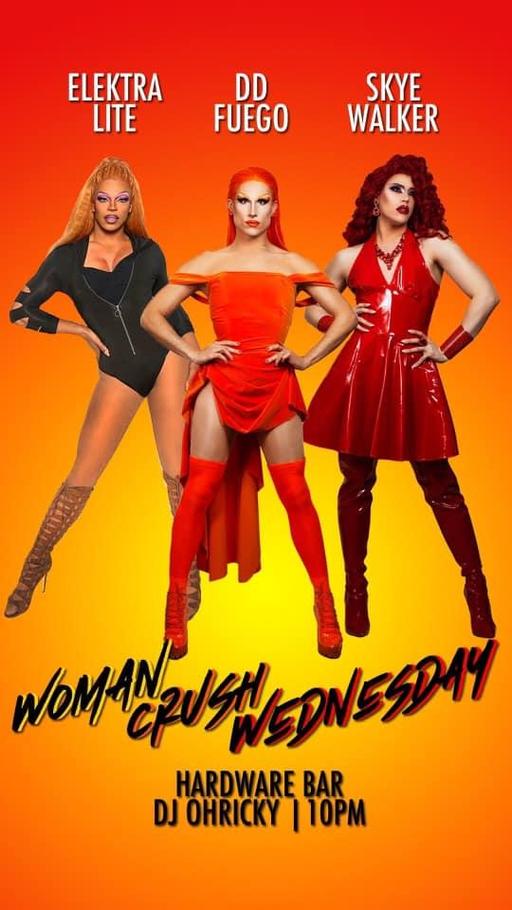 And you’re a first time GLAM nominee this year, for Breakthrough Artist!

If I’m being honest… I ALMOST PEED MYSELF WHEN I SAW! It’s such an honor to be so new to NYC nightlife and be honored with a nomination. It’s also very intimidating to be nominated alongside these amazing folks.

2020 is the year of Elektra establishing herself as someone not to be overlooked. I’m taking my determination I had in 2019 and TRIPLING it!

And finally: based on what you’ve learned so far, what’s your best advice for a brand new queen on the scene today?

Be kind. Be prepared. Glue Glide your lace.