A former Empress (twice!) and all-around prominent member of the Imperial Court of New York, this glamour girl has been there and done that. But there’s still much more to come from the marvelous Ms. Madison Mansfield… starting with New Years Eve!

Thotyssey: Hello Madison! So, 2019 is nearly over… can you believe it?

Madison Mansfield: I can’t believe it! The year has flown by, and so very much has changed in my life… but all leading to a wonderful 2020.

Hopefully! 2019 was mostly a crap year, but there were some highlights… including several Imperial Court of New York moments! What were your favorite events from the Court this past year?

My drag mother Chuleta DeVine stepped up as Empress after years of me pleading with her, and my drag son Antonio T. Ventura is her Emperor. So, we kept it in the family! Overall, there have been numerous charity events put on by ICNY, as well as our community outreach… far too many to single out just one.

Cheers to the royal family!

Where are you originally from?

I’m originally from Savannah, Georgia, and moved when I was five to NYC. I traveled around a bit, and ended up on Long Island.

And were you into performing arts and fashion growing up?

I was always in the arts, ever since I was a child: painting, drawing, sculpture, singing, acting, and did modeling in my teens. As for fashion, I think I’ve always been a fashionista.

How did drag begin for you?

Sadly as it has for most… a Halloween dare. Madison was born Halloween, 2001. I felt my oats and never looked back.

Do you remember the first number you ever performed?

Lol… yes! I entered the Miss Gay Long Island pageant in 2005, and I’d never performed in drag before, or did a pageant. I performed “Momma, I’m a Big Girl Now” from Hairspray the Musical. I must have been good… I left with the crown and sash!

Congratulations! And, aw, we miss Miss Long Island! Will that pageant ever return, do you think?

Highly doubtful. Drag on Long Island, as well as gay bars, has died. However, my drag daughter Bella Noche is doing her best to start a resurgence to make LI gay again!

As a drag performer, you’ve mostly done shows on Long Island throughout your whole career.

Yes… until I started in ICNY. Then I’ve traveled the country performing, as well as in Canada. 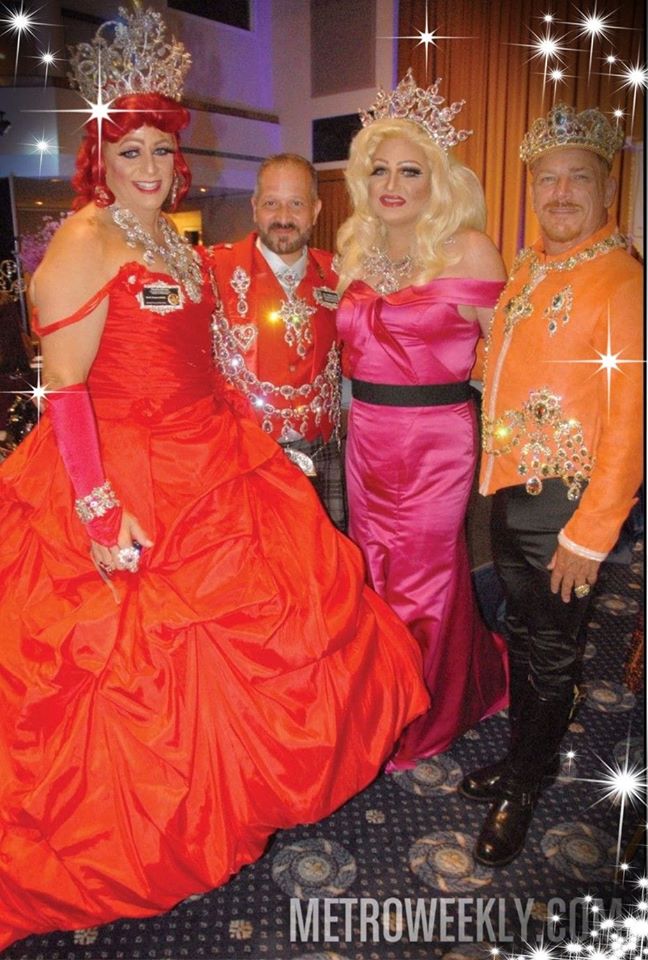 How did you ultimately hook up with the Imperial Court?

I was in NYC, and came across a bunch of drag queens in gowns and jewels. I followed them into the hotel, and got a look at what they were doing. I was awestruck; I saw my very first coronation, and saw a beautiful drag queen get crowned at the end of the night– and they bestowed the title of Empress to her. Right then, I knew I had to find out more. I researched ICNY, and joined the following month. Four years later, I was the queen getting crowed Empress. And two years later, I did it again!

Amazing! Besides Empress, what are some other titles you’ve held in the Court?

Every one… you go up the ranks from Lady to Empress by doing community service and hosting events, and being a very active participant in the organization. 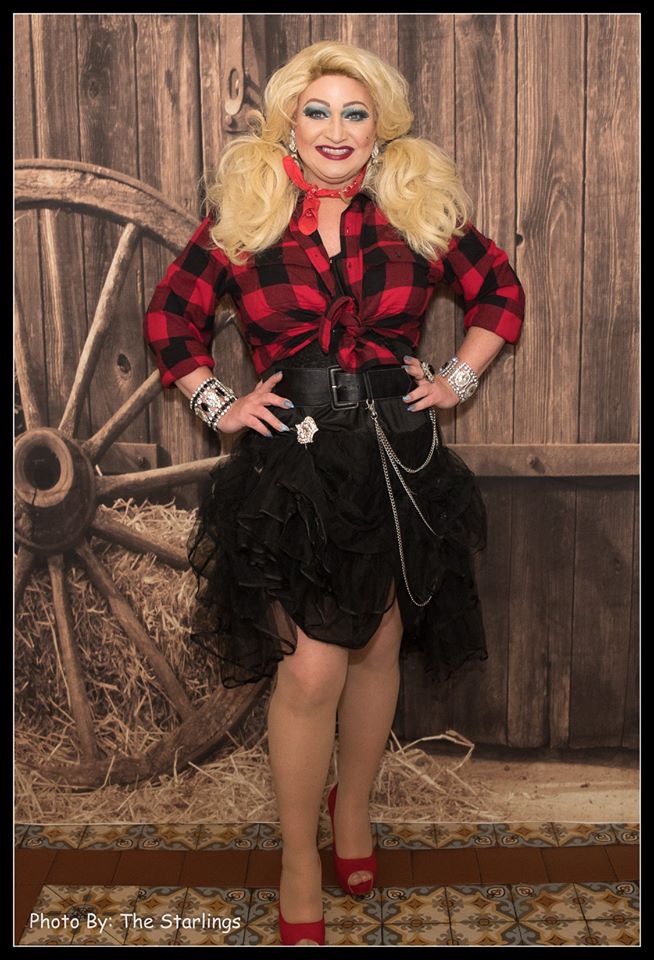 We all gag at the regal finery of the Court. But you are all first and foremost a charity organization, raising funds for various causes through shows and events. That must be tons of time-consuming work!

Absolutely! However, it gives us a marvelous feeling of giving back and making a difference. It’s not all about the big hair, gowns and jewelry. Behind all that is hard work, dedication, blood, sweat and tears. Looking good takes hard work!

Indeed! What sort of person do you think would be the best fit to join the Court?

Anyone can join ICNY–we welcome young or old. You don’t even have to perform; there is much to do behind the scenes. ICNY truly is a melting pot of every race and gender identity.

So, you’ve got some items on your agenda, both with the Court and as a solo queen. First up, on New Year’s Eve you’ll be hosting the party at Verdi’s of Westbury with DJ Nikki Lions!

I was so honored to be asked to be the featured queen and perform and host the night. I asked my good friends and fabulous performers Paige Monroe and Zelina Duval to help me out. They then brought in two more outstanding queens; we packed the house and we have a hot performance scheduled. People aren’t ready for this! Paige and Zelina have reinvigorated this old queen. 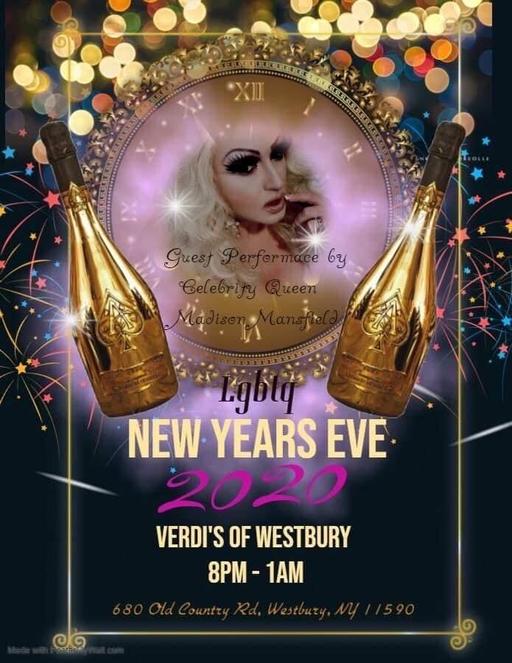 Then on January 12th, it’s the Imperial Court event “Totally Awesome 80’s” at Industry Bar, where you’ll be raising funds for the Tyler Clementi Foundation.

It’s going to be totally tubular! Big hair, tacky outfits and cheesy music.. just like the 80’s! I hope you’ll join us for a really fun night! 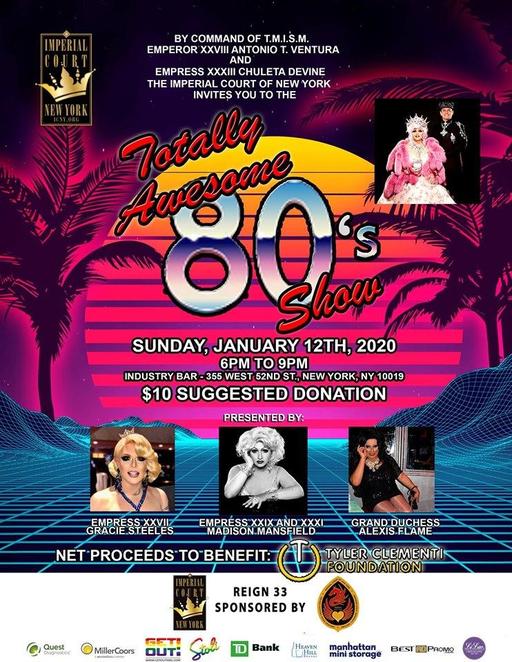 And the Court’s biggest and most glamorous event of the year, Night of A Thousand Gowns, has been announced for March 28!

I’m looking forward to celebrating the hard work and dedication of our reigning monarchs, as well as our entire membership. It should be glorious. 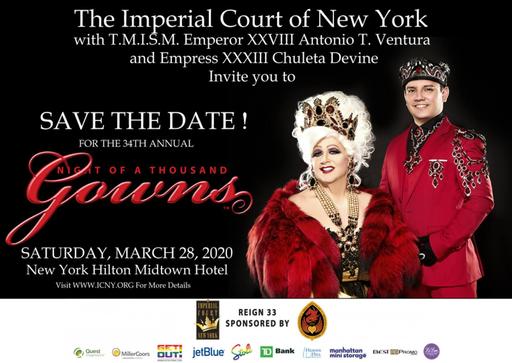 In February, I’ll be traveling to Buffalo to host their Yule Ball. If you’ve never partied in Buffalo, then you haven’t really partied. They are next level!

No doubt! In closing: what’s the best piece of advice you can give a baby drag queen today?

I jokingly told a baby queen once that the best advice is, don’t do it! And she didn’t listen, and now she’s fabulous. So honestly, the best advice is to stay true to who you are. Lots of people–mainly other drag queens–will give you advice and try to change you. Know who you are, and what you want to present to the world. And have a good circle around you. People will come and go out of your life. Friends are for a season or a reason. Know the difference.