Thotyssey: Honey, thanks for talking to us! So these days you are totally Bi. Coastal, that is! How are you adjusting to part time California life?

Honey Davenport: The weed is so good. And so cheap. And I can’t remember anything else I’ve done, for some reason.

How is Los Angeles drag different from New York drag?

it’s just different! Here in New York, queens mostly do one or two woman shows. In LA, it’s mostly ensemble shows where you only do a number or two. New Yorkers don’t tip as much, that’s for sure. But doing full length shows can help build a more versatile queen, and keep you on your toes. That’s why I’m happy to be back, doing one!

So it’s been quite a while now since you filmed Season 11 of RuPaul’s Drag Race. We ultimately got some great moments from you, but sadly not enough! Do you wish things played out differently for you?

Honestly, the biggest thing you can hope from any performance piece is that the audience wants more of you when it’s done. Everybody who saw me on Season 11 wants to see more, so its ended up being a big win for me. I didn’t make a huge splash on the show, but it gave me enough attention to start making waves with my art. That’s all I’ve ever really wanted, so I’m happy.

And… was that final six queen lip sync as crazy as it looked?

Yeah was a little crazy, and a totally wild experience. But there’s no part of my performance on Drag Race that I’m not proud of.

What’s the most surprising thing you have now learned about the world of Drag Race?

Being a “Drag Race Girl” is very similar to being a local queen. The grind is just as hard, the hours aren’t much longer, and I’m largely doing the same things on stage I was doing before the show. The big difference is the exposure. I get to share who I am with so many new and different people now, its exciting every day.

And then, what’s the biggest thing you’ve learned about yourself from the experience of that hustle?

That success is a journey, not a destination. For me, it’s not about receiving accolades. It’s being in the position to create art, and have it make a difference for those who view it.

You were recently in Australia! How was that?

Epic! I had my first actual vacation since this whole adventure started. I was all by myself, in a gorgeous resort named Turtle Cove. After the hustle and bustle of the last few years, taking a week to just chill and go on a date with myself was amazing. I walked into my shows afterwards feeling like a whole different human being.

I also fed crocodiles, snuggled a koala, scuba dived at the Great Barrier Reef, and got helicoptered into a show. So yeah, that was amazing.

You’ve released a bunch of great songs and videos in the past several months, and “Worship Me” has especially caught on. Will music be your driving force from now on?

Absolutely. It always has been. I’ve always wanted to be considered a recording artist who does drag, as opposed to a drag queen who releases music. I’m so happy with the response to “Worship Me,” and can’t wait to release the several newer songs that are coming down the pipeline. It’s taken a long time for me to be in the position to be constantly in the process of creating new music, and it’s great to continue having that opportunity. I have been in the ongoing process of creating new music for the past two years, and that’s a great thing.

Performing live music is also a big part of the Honey brand now. This past summer you presented a live show Raw & Unfiltered at The Laurie Beechman Theatre. And now you are returning there for a special holiday show on Friday, Saturday and Sunday (December 13-15 at 7pm): Stocking Stuffer. Tell us more about this show!

It’s really filthy, and really charming, like everything else I do! Christmas has such a reputation for purity, and I love reminding everyone that the holidays are just as naughty as the rest of the year. I love Christmas, so the show has a lot of heart as well. I really got how much audiences appreciated the full, honest me during Raw and Unfiltered, and I’m trying to bring that vulnerability and earnestness to the holiday season with this show.

By the way, what’s your favorite Christmas song?

I’ll be performing “Tie U Down (For Christmas),” the scandalous Honey Davenport Holiday Bop, at my gigs this month. And it will be released soon on all music platforms. But If I had to pick a second favorite, it would absolutely be Whitney Houston’s “Joy To the World.” 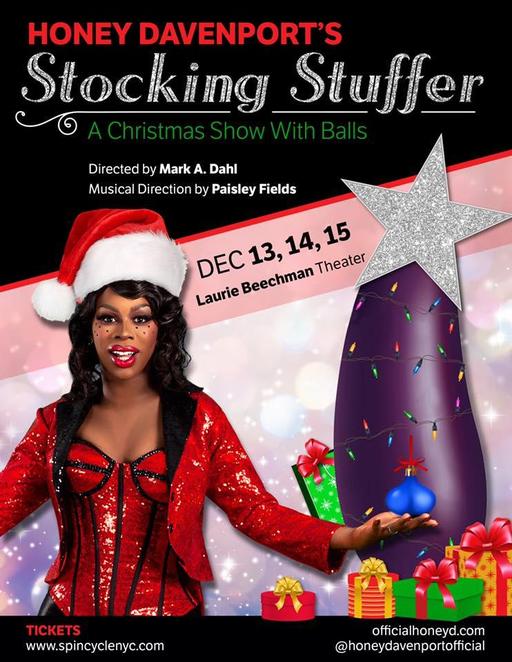 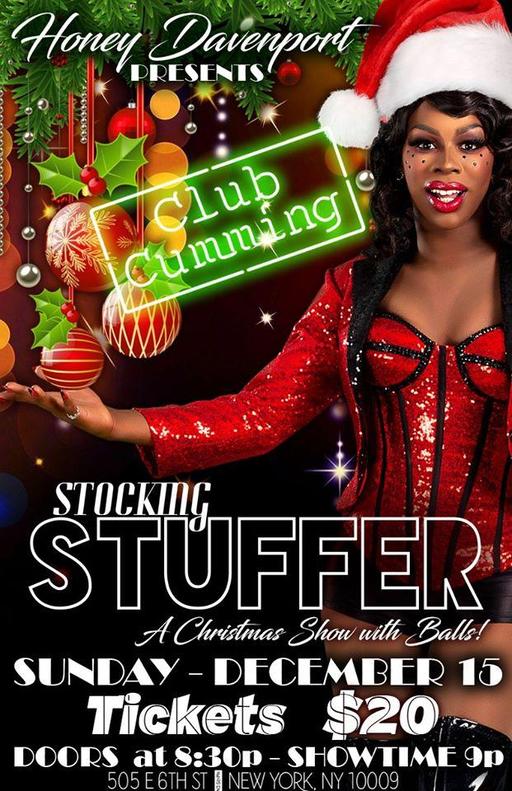 What else is coming up from you that the children should be aware of?

Amazing! And finally: what’s the number one item on your Christmas wishlist?

I’m famous for caring about only two things: Dick, and Social Justice. Just get me one of those, please. Or, sure, make it a double… I won’t complain.