This classically trained dancer has been turning it at the balls and the bar stages, and we are here for it all. Everybody clap if you believe in Tinkerell!

Thotyssey: Tinkerbell, hello! Thanks for talking to us today! I see you were at Pieces with Kandy Muse and Janelle No. 5 for their “Queen 4 Queen” show on Monday. How did that go?

Tinkerbell: It was a lot of fun! Kandy and Janelle are a kiki and amazing hosts. I can sit there and listen to them talk shit for hours. I also don’t perform in Manhattan often, so it was fun to see what the Village crowd is like and how they’d receive me. It was also my first time doing a “drag suicide,” which was my favorite part of the show.

That’s always an amazing carry! Was it a totally different-acting audience compared to Brooklyn, or are all audiences basically the same?

I’m used to crowds being more interactive, I guess. That’s probably because where I most often perform in Brooklyn, most people at the bars know each other. So there’s less hesitation to participate or shout out a huge “YASSSSSS BITCH!” during a number, which I personally love.

How long have you been a performer in the nightlife scene now?

I’d say a little over a year.

And how do you define yourself as a performer: are you a drag queen, a showgirl, a dancer, etc.?

I’d classify myself as a performer / entertainer. My background is in dance, and that’s the main highlight of my performances. Specifically my love for voguing.

So, you are part the ball scene?

And you have formal dance training?

I started training in classical / concert dance at 16 at Peridance Capezio Center.

I am. Born and raised in Ridgewood.

How did you first discover the nightlife scene?

I met Serena Tea at a video shoot we did together for I-D Magazine, and we hit it off and became great sisters. She was one of the people who introduced me to what would become what I consider my home bar, The Rosemont. Since she was a blossoming queen at the time, I made friends with a lot of the others queens there as well… and ended up finding myself out and about more and more often.

You do a lot of stuff with Will Sheridan too, like his Monday party BPM at Metropolitan.

I love Will; I call him my big brother. He’s someone who really believed in me early on, and gave me lots of opportunity to perform whenever he could. He gave me my first monthly gig at Rockbar that was called “the Phunktion”. He always looks out for me, and I love working with him. Plus his music slaps.

You were originally known as “Amazon Tinkerbell…” why did you shorten it?

“Amazon” was the first ballroom house I was in, and the name Tinkerbell was given to me by the mother of that house. So “Tinkerbell” isn’t really a character or a performance persona, it’s just my nickname… and eventually that’s what most people addressed me as, during the day and night. So when I left that house, I didn’t think it was appropriate for me to keep the Amazon part of my “stage name.” But I wanted to keep Tinkerbell because I had spent the past year or so living with that nickname, and I find that it fits me pretty well… as a dancer and as a person.

She’s magic! So, this Friday will be Metropolitan’s sister bar Macri Park’s 4th anniversary Halloween Hangover party! You’ll be performing alongside Magenta, Zenobia, Princess Bitch, Lilith LeFae and Devo Monique.  Plus, Will’s gonna be in the DJ booth with JCLEF. That should be epic!

Hell yeah! I love the entire cast, and I’ve really come to love Macri Park as a space over the past few months–I find myself there more and more often. It’ll be a kiki and a half. 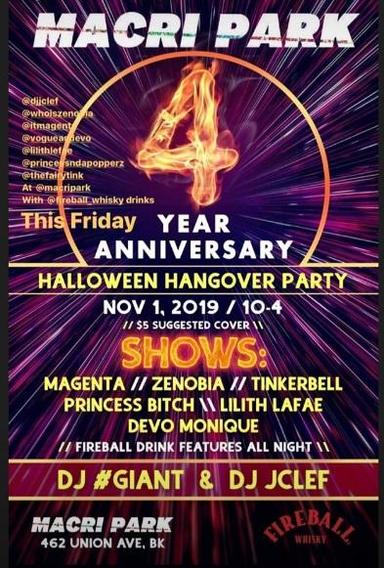 And you’ll be back to your home bar The Rosemont on November 5th for Theydy Bedbug’s show, Wannabe.

Most definitely! The Rosemont is always a kiki, and Theydy is an amazing performer. I can’t wait to see what they have in store. 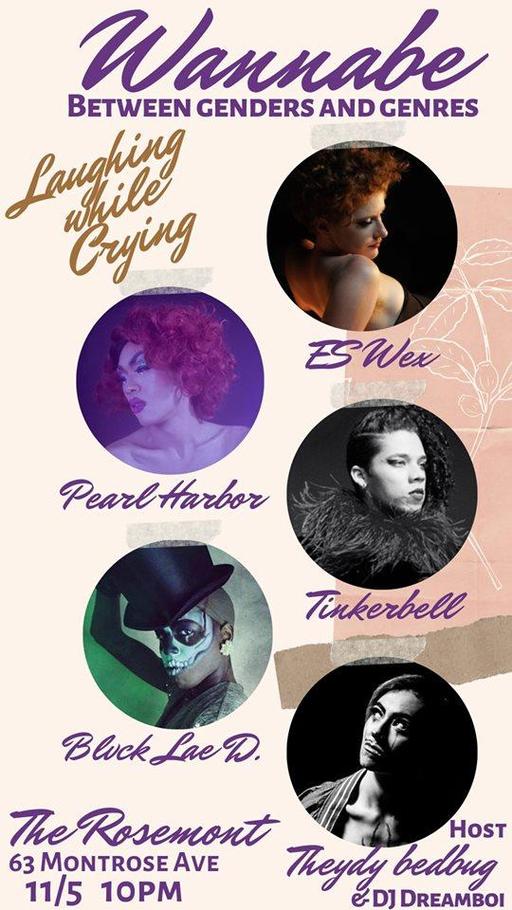 What else is store for you?

Lots more stunts and shows, for sure. One thing I’ll mention are my classes. I teach beginner vogue femme classes on Thursdays, 7:00pm-8:30pm at PMT Studios in Manhattan. So if you wanna learn vogue femme fundamentals from me, come on out! All are welcome!

Both are great shows! But I’m loving Drag Race UK at the moment.

Werk! And, final question: what should the title of your autobiography be?

The Fairy That Said “Fuck It!” 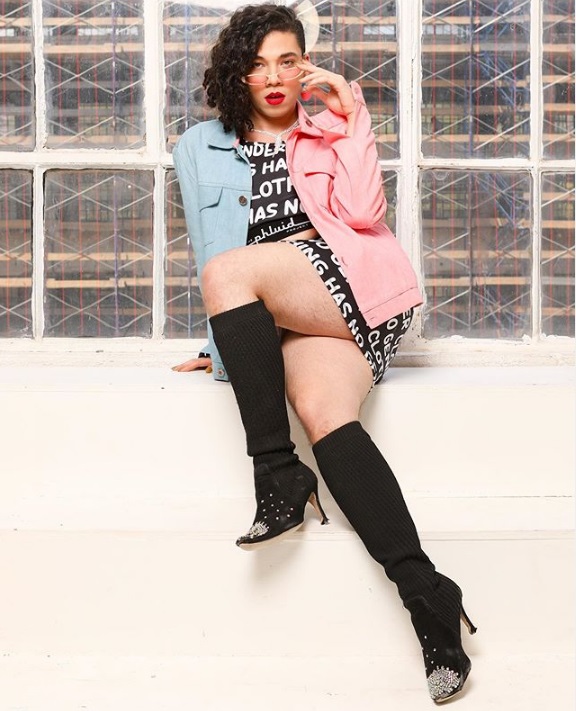