This sexy, stylish showgirl is fairly new to the scene, but is already making waves as The Rosemont’s new karaoke hostess. Thotyssey is all aboard with Jette Grey!

Thotyssey: Hello Jette, happy Nice Day In October! How prepared are you for Halloween right now?

Jette Grey: Haha! Not at all, honestly.

I hear you! It’s always such a production to be a Hallowqueen, especially when you are pretty much doing that every day already. Although, your performing looks from what I’ve seen are not super costumey–definitely more of a high fashion sexy vibe.

Oh, most definitely. Being a costume girl is not my tea.

Do you consider anyone an inspiration for your particular style: a designer, a celeb, a model, a nightlife person, etc.?

I mean, like, Joan Jett, Marilyn Manson, Angelina Jolie, Lady Gaga, Alexander McQueen, Naomi Campbell… and y’know, just about anything else that may be drenched in black.

Maleficent! Well, you should be fine for the season.

Now, you seem so young… but I feel like you’ve been at this whole performing thing for a minute now.

Most definitely! I’ve been performing since the womb, but I’ve only been in nightlife for, like, a year.

How did you get started?

Well, I honestly started in my hometown of Charleston, West Virginia. I really wanted to do drag. I asked my local queens if they knew how I could get started, and they let me perform at the Pride Picnic.

Then what brought you to New York?

Honestly, I moved here by accident! I was here to audition for this commercial, and was just supposed to be here for a day. Then a day turned into a week. Then a week into a month. And so on! 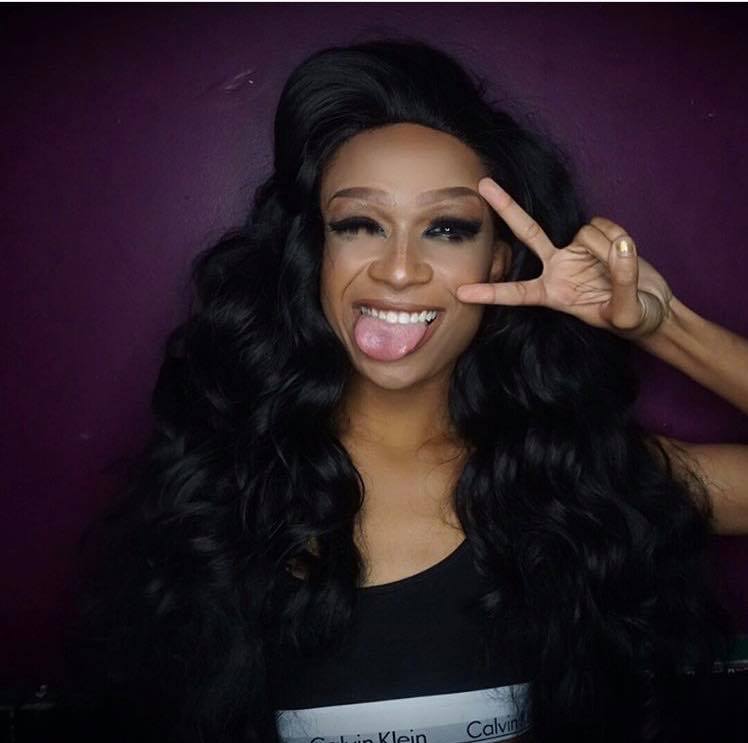 How did you meet up with all these Brooklyn glamour ghouls?

Magenta has been a good friend of mine for years; she started bringing me out when I moved here.

And you two are roommates, right?

Yeah! We’ve been living together since, like, June now, I think.

Cute! What’s your favorite number to do these days?

Y’know, I don’t necessarily have a favorite. I try to stray away from performing the same songs, so I’m always trying to look for something new to do.

If you consider what you do now to be drag on stage, how does that align with your trans identity? Some queens have had to stop doing it when they transition because they feel it parodies women, while others credit drag for helping them become more fully realized.

Without drag, I never would have been able to find myself. The funny thing is, I basically have quit drag. Performing is literally the one thing I always dreamed of doing, no matter what form it was in. So when I found out about drag and started doing it, everything just felt right, and like it was what I was supposed to do. But the deeper I got into it, the more I realized I wasn’t a drag queen… and that I’m a trans woman. When I moved to Brooklyn, I learned that I don’t need three inch lashes and hair to the ceiling to be a performer. I can just be appreciated and revered as a trans woman who’s ballsy enough to perform in a roomful of queens.

It is a struggle sometimes, though. Some people still don’t get that trans performers coincide with drag queens–but there is a stark difference. It makes explaining something already not easy to explain that much more difficult. But, y’know, it’s my life… and I wouldn’t change it for the world.

Some performers–like Candis Cayne, I believe–like the term “showgirl” for trans women that lip sync and don’t do drag.

Showgirls is a great one. I use that one a lot!

How was hanging out with Kesha in Brooklyn last weekend!? That was wild!

It was literally fucking insane. Like, it’s such a surreal moment to hang out and perform for one of the people you’ve idolized, who has Influenced what I do so much.

Amazing! Who would you love to turn up next?

She is! Maybe she’ll come to The Rosemont on Monday nights, where you now host karaoke with DJ Paradise. Do you sing as well, by the way? 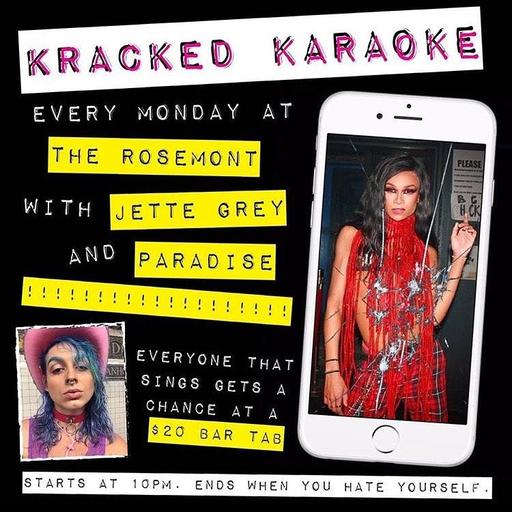 And now, super cute news: Patti Spliff’s monthly show Sad Songs returns after a hiatus to The Rosemont this coming Tuesday, and you’ll be performing! Do you know what sad song(s) you’re gonna do?

I have an idea of what I’m gonna do… but, like, I’m still trying to decide and make an executive decision. But knowing me, that’ll probably change at last minute.

That’ll make it even sadder! 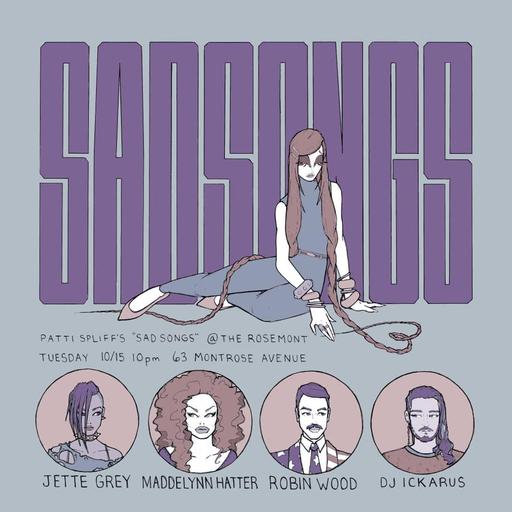 Okay, last question: who should we cancel today: Ellen for sitting next to Bush, or Cardi B for saying Access Hollywood’s Mom should die of AIDS? Or both? Or neither?

Honestly, I literally despise Cancel Culture. I think it’s not effective nor beneficial to literally anything. I’d literally rather smoke a blunt and donate money to something that actually matters, or clean up a beach, as apposed to just spending all my time and energy spreading hate for a celebrity.