An acclaimed event producer, drag performer and burlesquer, this bewitching Renaissance Man is about to put on his biggest production yet based on what is probably your favorite streaming show right now. Get your spoop on with C’etait BpnTemps! [Cover photo: Chris Sorensen]

Thotyssey: Hello C’etait! Thank you for talking to us today… I know this is a busy time with rehearsals and all! So, I see from your socials that you recently did some runway. Was that for Fashion Week?

C’etait BpnTemps: Yeah, the photo you saw was for a Fashion Week show! The brands Cat Coven and I Do Declare had a collaboration line that I was invited to model and do makeup for. I Do Declare has created a lot of looks for me, drag and burlesque-wise. They’re very good friends of mine!

Did you immediately feel your diva model fantasy on the catwalk, or was it hard to transition into that?

Haha! I feel very at home on a catwalk. Call it my natural diva sensibility. I’ve been doing local / independent runways since I was 16!

And we just had the New York Burlesque Festival this weekend… did you partake?

I actually was booked most of the weekend! I did my usual bi-monthly, Foxy Afriq’s UNREAL, which I usually host on Friday, and an independent short film premiere called True Love Forever, Part 1 featuring God Complex on Sunday! Saturday was my only night off, and we ended up at Bartsch’s SHAKE N’ GO! [The festival] looked fabulous–so many wonderful people were honored and performed. I loved following along with it on my Insta feed.

Got it! Well, it’s as good a time as any for your origin story.

What an origin story it is! I’ve been performing in theater since I was a kid. I did the whole run of church choir, dance, and even some piano! Drag is a very easy jump for a queer kid with a performative spirit.

My drag journey started in Tampa, Fl where I started performing at an all-ages drag restaurant, Hamburger Mary’s (that location’s now closed, RIP). That immediately led into a club called Liquid where I ended up performing a lot at 18, and I became part of a ballroom house. I was an Infiniti for most of my college career until I just had to leave to focus more on school in Orlando. Orlando is where I really started to take off and move into career-oriented drag, or thinking I could really do something with it. I performed at Pulse, Southern Nights, The Venue and Parliament House all through college until I moved here three years ago! C’était Bontemps was born here. I’ve had, I think, five drag names / incarnations before finally landing here. I think they’ll stick around this time.

What’s the meaning of your current name?

C’était Bontemps means “It was a good time.” I always think my performances generally give people pause enough to have to reflect on their time at a show. Hence, the past-tense!

I love that! What is your gender identify, if you don’t mind me asking… and how does your drag and performance style reflect that identity?

I identify as bigender / trans masculine! My drag absolutely reflects that, and in so many different ways and iterations. Nowadays, I do a lot of femme drag, because it feels like drag to me, now filling out my gender more as I get older. When I first started, drag was both a creative outlet and sort of a way to press through all my gender confusion. It’s one of those things I consistently process, so it never really leaves the intent of my drag.

When you find yourself in the early stages of putting a number together, how do you decide whether it’s going to be drag or burlesque?

It really depends on what I want the audience to take with them. Like, if I want them to really pay attention to a storyline it will probably be drag, as to not get bogged down by the inclination to stare at what’s happening on my body. If it’s something that’s heightened or helped by a reveal or showing off some part of my body, I’ll go for burlesque. I find a lot of my numbers are some combination there of, honestly!

I know some people hate this question, but where do you often draw your inspiration from when creating your acts?

Haha, nothing to hate about it! I so often hear a song first, and then get struck by an idea and begin to develop it. I have started to do some character-driven acts, and that’s been a new challenge! So many of my acts have come from just a lyric in a song that makes me say, “oh yeah, I can make this a moment.” I spend most of my day roaming Spotify for new music, or rolling over a song to solidify what I might want to do with it.

Do you have a favorite number in your repertoire?

Oh wow— that’s a really difficult question! I think my “Weak” by Skunk Anansie act is my favorite. It feels so powerful every time I do it, I’ve done it quite a bit, and it hasn’t lost that. A very close second is my “Drowning in the Sound” by Amanda Palmer act. That has really grown with me in the last few months.


Now that we are finally in October… I’m guessing that you are a fan of the spooky season?

Oh absolutely! I love a good spoop. I’m also a fan of my birthday, which is on the 27th, ha!

Happy Almost Birthday! Before then, on October 5th, you will be co-producing and starring in a revue at Talon Bar: “Lupercalia,” an ode to The Chilling Adventures of Sabrina! Okay before we talk about that, how psyched are you for Season 3? And who’s your favorite character?

Oh my Lilith, you have no idea! I am so ready for the next season! The end of Part 2 was so fucking glorious! The whole last episode was phenomenal television, in my honest opinion. Such camp, insane plot twists, and so much action! All hail Lilith, to heaven with Satan. She’s my absolute favorite. And Michelle Gomez plays her so perfectly.

Yes! I hope she comes back…. and as Lilith! Lupercalia was a pagan holiday the characters celebrated, and it’ll be the name of the show at Talon you’ll be putting on with Chevy Lace and Logan Laveau, plus several guest burlesquers. Tell us more!

Well, as you can tell, I’m very into Chilling Adventures through and through. It’s my favorite show out right now, hands down. I’ve been talking about doing a Sabrina show since it came out last year! I was so enamored with it at first sight. The idea kind of took complete shape after watching the whole of Part Two in one sitting… I was so surprised no one was making this show in nightlife. I just sat with Chevy Lace, who I’ve been producing with the better part of a year now, and said “We’ve gotta make this. We have to.” And it sort of took off from there. We both just looked at what we would need, especially monetarily, to make this happen. We had big ideas, but a great foundation laid with previous narrative based shows we’d produced (Grimm and Pan) to execute it.

You should definitely expect full immersion; we have stations set up on both floors of Talon Bar, including a dark baptism station, tarot from the Weird Sisters… we’ve even made their dining room area into Dr. Cerberus’! The whole downstairs is fully the Desecrated Church, which is where the shows (or Passion Plays, as we’ve dubbed them) will take place! It’s honestly shaped up to truly be our largest and most ambitious event, and we are fully ready for everyone to see the work that’s gone into it! 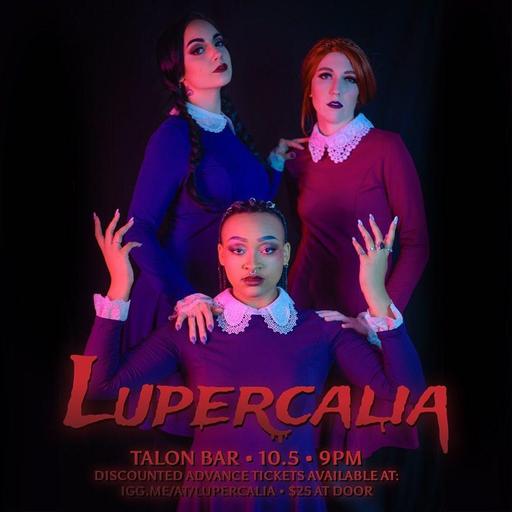 Have a great show! And on October 17th, your monthly NICHE returns to Dream Baby Bar in the East Village. What’s that night like? 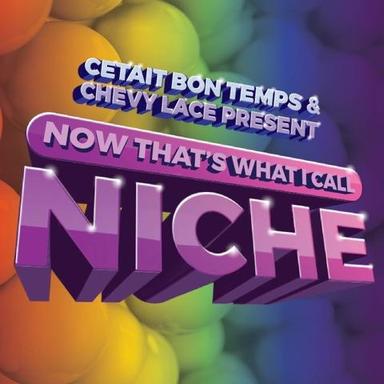 Okay, last question that I like to ask people in burlesque: in your opinion, what is one song that would be the absolute worst to perform to?

You could truly take your clothes off to anything… but I’ll tell you, I never want to see someone do a Nickelback number. But I am so sure it exists. It’s too unfortunate not to.