A Man For All Seasons: Thotyssey catches up with NYC’s most prolific partymaker to get a preview of what he has in store for us come autumn (spoiler: it’s a LOT).

Thotyssey: Hi Frankie! I just saw you at your Dreamland kiki at the Dream Hotel, which you’ve made happen every Sunday this summer on the roof. I sadly left before Lady Bunny made her appearance… how was she?

Frankie Sharp: She was brilliant, stunning, hilarious, controversial and most importantly a total pro. She read the room and played an amazing set of disco, pop, house and hip hop. She covered it all. I adore her! We’re also neighbors in the West Village, so after her set I walked her home–and she was in full sequin batwing regalia to the floor, and blonde hair to the gods. Full tilt Bunny. Everyone on the streets knew her. She should run for mayor. She basically already is.

She’s got my vote! August is almost over… are you a Summer Bitch or an Autumn Bitch, or a Bitch of a Different Season?

I’m pretty vers and very adaptable. But I love what summer gives – it’s so celebratory and rich with community: with Pride Month, sexy Fire Island moments here and there, and ending my summer weeks with a big pink bow with Dreamland on Sundays has been amazing.

But bring on The Fall! I have so much coming your way, I can’t contain it. Halloween’s lineup is bonkers, A very special GODMOTHER is returning to Manhattan… and uptown! I’m putting on a new live music cabaret in Brooklyn at a new spot with my MARY cast. and I get to announce that I’m opening a new venue that I have been working on with a very surprising team… and looks like all of that is gonna be documented for television! I actually feel like my nightlife work has been leading up to what I’m about to give the city this fall.

I feel like I’m so annoying with these constant projects. But you know me well by now… its never enough for me.

Keep it coming! It always amazes me how you’re able to do all of this. You must compartmentalize everything, but the architecture of your brain is likely some crazy maze.

I have massive OCD, and I’m addicted to problem solving… so it allows me to constantly Tetris my work and life. Its very gratifying in an almost mathematical way. The secret is I wake up at 7am, caffeinate, and get to work before anyone else. It’s a magnificent way to feel empowered and fire off on all cylinders.

Did you find any time to watch any of the VMAs Monday night? The children are mostly displeased.

Are they!? OMG I loved the VMAs this year. And I reluctantly watch them every year, and usually I’m so disappointed… but this year I felt so proud of all the queer art being represented. From Lil Nas, Taylor and Todrick murdering that live show, to even some spotlight on my favorite queen, Marc Jacobs! Lizzo is a goddess and changing the culture… and don’t even get me started on Rosalia. I would 100% leave my boyfriend to marry Rosalia. The level of actual trained musicianship with these new artists is so breathtaking and comforting. The kids are gonna be alright. What were people so upset about?

People can fuck off. They’re both doing JUST fine. I never understand why it has to be looked at like that. There’s so much shine to go around. Public animosity is a creepy sign of the zeitgeist. Like, when sports is really popular during a time that Americans aren’t doing anything for themselves, so they live vicariously through avatars and sports figures.

Some people were also really mad at that Good Morning America woman who laughed while describing the little Prince of England’s dance regiment. Basically, some people just like to be mad in this day and age, maybe understandably so! But that probably makes trying to create a good time for all a bit more challenging.

Where the administration lays has somewhat made my job easier. As humans, when we get frustrated, exhausted or challenged emotionally, a drink and a dancefloor will always be the best remedy.

That’s true! Speaking of which, I see you have something big planned for us on Labor Day… Hot Girl Summer at 3 Dollar Bill. Amazing performers like. Maliibu Miitch, Beaujangless and Neon Calypso will be in the house, plus extraordinary DJs. Tell us about your vision for this night.

I’m doing the night with RAGGA NYC (Chris Udemezue) and CLUB GLAM (DeSe) who are two of my oldest friends in New York. We used to just get turned up and run around like headless kids. But now we’ve learned to do so just the same, yet make it a business as well. So we first collaborated on our Pride party together with Azealia Banks, and it was so nuts with over 1000 people. And it was such a nice family reunion for us, and a beautiful way to represent and spotlight producers, DJs, artists and performers of color and queer identity.

The underground and irreverent is the creative source of nightlife, and with these two producers we get to continue to cultivate that together… as well as open a new crowd to each other’s crowd. And Maliibu Miitch is gonna turn the fuck up! It’s gonna be fab. It’s also RAGGA’s 4 year anniversary, Labor Day weekend AND Carnivale, so I think we’re all gonna be feeling it come Monday. This event is NOT to be missed. 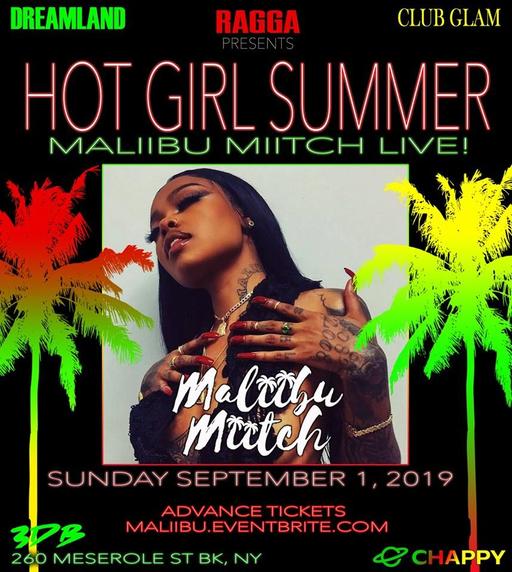 Several shades of epic! In the meantime you’re still turning the parties Fridays at ReBar and Saturdays at Metropolitan Bar.

Yep! I just celebrated my one year at Rebar, and my fifth year at Metro!

And I understand that in September, Dreamland Sundays will be moving into prime time.

You’re right… starting September 15th, we’re turning our Sunday daytime turn-up into a Sunday night rager. So the new hours start at 8pm ’til we close the house down! Let’s see how this goes together! Sunday night parties have always been the New York tradition, since straight-owned venues would only give “off-nights” to gay producers, like Sundays and Tuesdays, etc. So we spun that opportunity into an awesome tradition. Susanne did Vandam for years, and I had Magic last year. Nights like Horse Meat Disco… they always get it. Sunday night parties are just the best and for the hardcore, so it’s always a good time. They’re a lil’ busted, a lil’ messy… but uniquely New York. 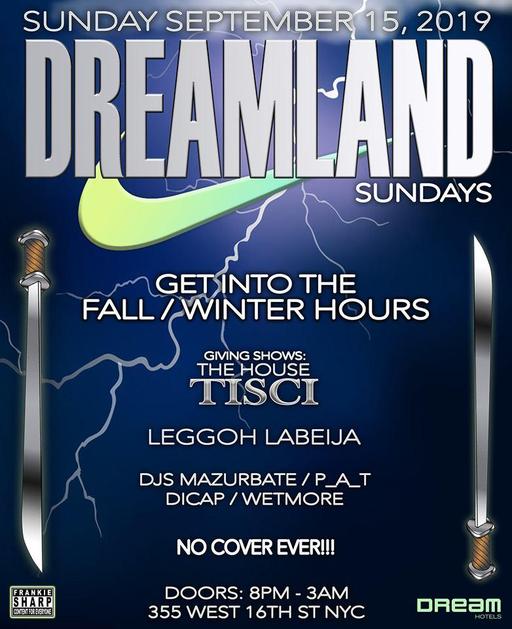 And besides GODMOTHER, I see you’ll be part of another huge Halloween Kiki… VooDoo!

YAAAS! With mother Elektra Abundance! Miss Dominique Jackson is emceeing and guest judging our Ball with the House of Labeija and House of West. And we haven’t even announced the headliner performer yet! People are gonna gag.

What else should the children know?

HI, CHILDREN! Thank you for always supporting me and my circus, and please continue to watch this space, because its my life’s work to keep bringing you New York entertainment how I like it. Glamorous, Guilt-free, Celebratory, debaucherous and specifically for us queerdos.

And Hell’s Kitchen… keep an eye out for me soon on the streets with a clipboard, because I’m gonna need your support with this new club. I need HK neighbors, businesses, and people in the nearby theatre community supporting our venue to make it happen. So if I ask for your signature and support on the sidewalk… please be kind to me!

Can’t wait to hear more about all of this… thanks again, Frankie!