The Brooklyn-based recording artist, DJ, event producer and larger-than-life personality is spearheading a two-day event that will finally give queer musicians the vital showcase we all need them to have.

Thotyssey: Will, hello! It’s been a minute since we last spoke here. I just wanted to start by thanking you again for stopping by to do a number for Night of 1000 Thots last month… it was amazing! You broke Pieces into pieces!

Will Sheridan: Thanks for having me! I think that was my first time performing at Pieces, so you know I had to do it big.

The G.I.A.N.T movement started as Going In And Never Timid–if you’re big enough to be who you are, you are #GIANT. I want everyone to just be themselves, and live their best life! Now I like to include “Girl It’s All Negotiable Tonight,” because I want everyone to be open to a good time!

Love it! And speaking of good times, I know you are super busy preparing for the queer music festival you are producing on August 30th and 31st at 3 Dollar Bill: Giant Fest! First off, when did you first come up for the idea to do something like this?

I’ve been producing queer and queer ally music shows for about a decade now, and always dreamed of a big stage with all the big names in the community coming together and turning it out. This year is a version of that. It’s our first year, and we are really learning a lot fast. We are super excited to have confirmed about 25 acts! Hosts are flowing throughout the event to turn looks and make sure it’s New York Nightlife bizarre fab. And we have some special vendors to come through and keep everyone busy and captivated between set… not to mention fab DJs banging the beats!

Essentially, I dreamed it and cooked it up… and now my team and I are executing it! We were highly influenced by Bushwig and it’s greatness, and I was influenced by all the amazing queer music showcases and festivals I’ve been a part of around the world.

I’ve spoken to you and lots of other musicians from the NYC queer landscape about how overlooked they can be these days in the bar / club scene, and how essential they are to our culture. Also, to put it simply, there are bangers from these artists that the children need to hear! This is a great way to introduce many of these artists to a new generation of nightlifers.

Yes! I think with queer live artists, the goal is to get the music out there to the people and nightlife is one route. But also, concentration music showcases such as GIANT FEST where it’s ALL LIVE ORIGINAL music is a great way for new people to be exposed to music beyond what’s the bop on the radio.

You have an incredible lineup! We all love our local favorites Jayse Vegas, Robert Garcia, Boy Radio, Dezi 5 and Corey TuT. Throw in a little Brooklyn weirdness with Felix & The Future, some queer country with Mercy Bell… and so many more great artists. And for good measure, we have RuGirl Honey Davenport (whom you’ve collaborated with) on the stage! This should be an amazing couple of nights.

It is a dream lineup! Yes, having RuPaul Drag Race’s Honey Davenport doing her live music… it’s gonna be Lit! All my New York babes came through for me, and even a few more are jumping on the bill as we speak. There’s a few more acts I wanted, but time schedules and booking conflicts didn’t allow. But I am more than pleased to turn up with this amazing crew. TT the Artist is one the most talented, hardworking, focused queer artists I know, and she is headlining along with the talented Mister Wallace and two of the most talent trans queer acts I know: Mila Jam and Macy Rodman! Our lineup also includes queer rappers: from Texas Chris Conde, and from Baltimore DDM, along with Senerio and Eddie Wayne.

We really want people to come out both nights. Friday and Saturday are packed with talent! Saturday we a country Bop moment that’s unique and different, and gonna be a total blast! And I get to perform as well!

That stage at 3DB with those lights and that sound is pretty great for live music.

Yes! 3DB is doing the most for us, and we are grateful and ready to turn it out for everyone!

Also, Thotyssey is gonna be there in a little media station, interviewing performers on both nights. Should I be like Andy Cohen and ask stupid cunty questions, or maintain some integrity? 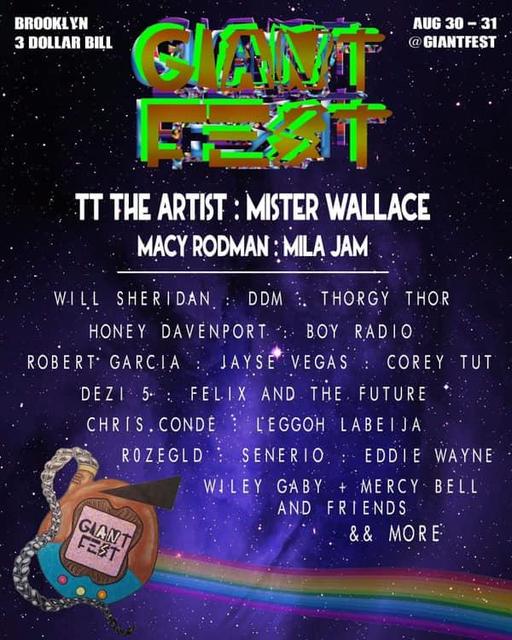 Tell the children where else they can find you. 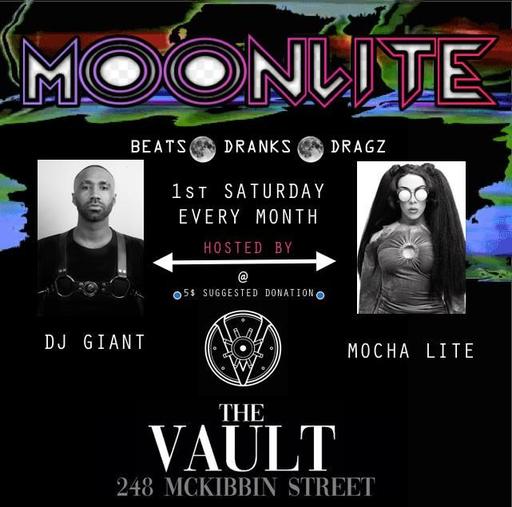 And on that note, last question!  You’re a giant… but if you suddenly had the power to shrink to a tiny size like Ant-Man, what’s the first thing you would do?

If I shrank down to an ant man and could be anywhere, I’d totally use my powers to be, first, RICH for me and mines. And then to be a total perv! I love love love seeing people naked (with permission in real life). But yeah, I’d sneak into like a NFL locker room and just be 👀

Okay, stop. Everyone get your tickets to GIANTFEST!