Whether she’s serving you booze in the bar, veggies in the kitchen or fish on the stage, this talented queen has taken over Astoria… next up, the world. From Bar Babe to Babe Babe, it’s the one and only Ms. Jacklynn Hyde!

Thotyssey: Jacklynn, hello! Congrats on surviving the Great Hell’s Kitchen / Midtown Blackout of 2019! I’m guessing you weren’t much affected by it.

Jacklynn Hyde: No, I was lucky to be in a pleasantly air-conditioned Astoria during the blackout.

See, it’s not all bad for us bridge-and-tunnel bitches! How long have you been an Astoria now?

I’ve been in my current apartment for two years now, but I started working at Albatross nearly four years ago.

I’m delightfully amazed at how popular Albatross still is. I mean, it’s great and the staff and roster of drag queens are all amazing, but it’s not near anything!

We’ll get back to the Albatross in a sec, but first let’s jump back to Page One. Much like Brita Filter, you were originally a Morman from Arizona!

Oh wow! God, it feels like another life now. It wasn’t really traumatic or anything. It just wasn’t who I was. Luckily I’d already left the church before I realized I was gay. My whole family left the church when my parents divorced, so I still have very supportive and loving parents and I’m very lucky for that. As for Arizona, I’m just not made for that much sunshine.

Me neither! So what brought you to NYC?

Theatre school! What else? I went to school at the American Academy of Dramatic Arts (AADA) in Midtown.

I understand that you’re also a chef.

Yes! Now I’m back in school at Monroe for culinary arts. I’ll be finished in December, and it couldn’t come sooner!

And weren’t you putting together a vegan cookbook at one point?

That was for my own purposes, but yes. I was vegan for nearly a year before I went to school, but now I’ll eat anything in the true spirit of cooking school. My goal is to circle back to vegan recipes, but I’m not sure I’ll be able to commit to it fully now that I’ve gone on this journey.

And how did your drag journey begin?

With my drag mother, Sutton Lee Seymour. I wasn’t able to participate in her “virgin show” at Barracuda, so she let me do a number at Albatross. Three years later, I’m doing it full time. It all happened so fast!

How would you describe yourself as a queen, for the uninitiated?

A live-singing comedy queen. I write parodies, and love singing the songs I learned in school!

Mondays, you host “Hyde & Sing,” Albatross’ karaoke night! Do you secretly wish you could sing every song on those nights?

I do! I don’t think it was much of a secret though. That’s probably why they gave me my solo show on Fridays. After all, I really really need the attention. 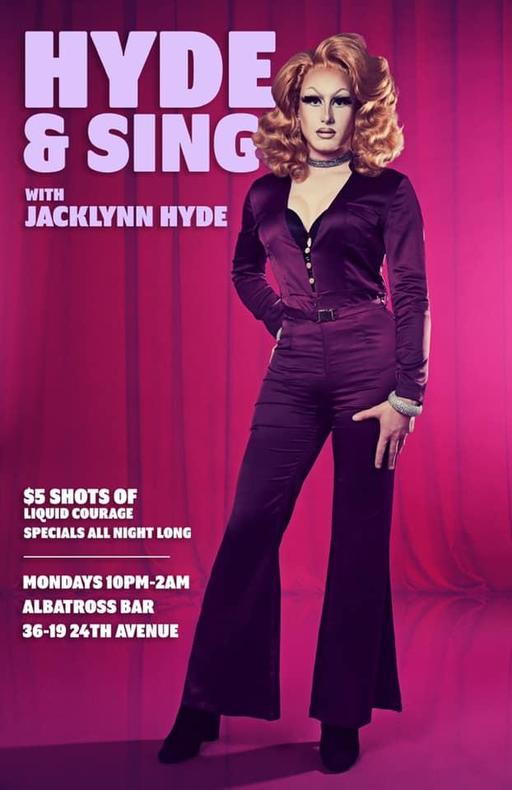 That Friday show must be lots of fun to host. And it ends early, so you can party into the night afterwards.

Exactly! It’s called “Prime Time” for a reason! They do karaoke afterwards, so I also get to heckle anyone who heckled me. 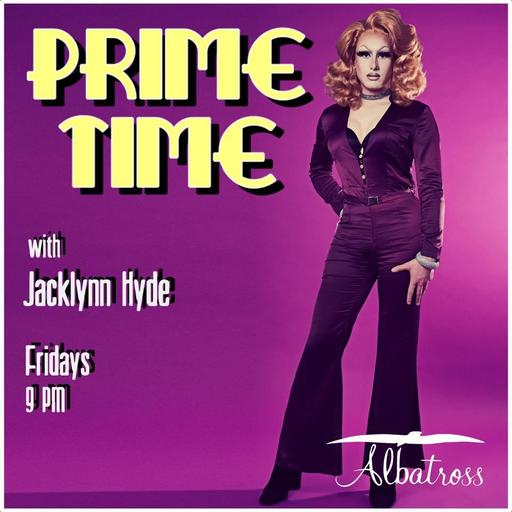 And exciting news: this Wednesday, you are premiering a brand new show with co-host Audrey Phoenix at Albatross’ sister bar, Icon! Give us a warning about “You’ve Been Warned!”

I’m so excited about this! I’ve never done a regular duo show before, and Audrey is gonna be the perfect partner. We’re excited to branch out from musical theatre and try some new things. I really can’t wait to collaborate! 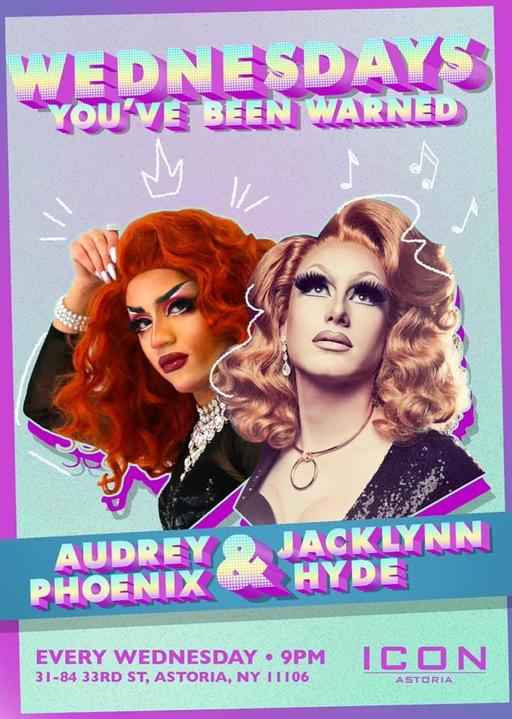 It’s gonna be great! And the night before, we’ll be on the judges’ panel together at Stonewall for a special Broadway edition of Polish the Queen.

Yes! That was so last minute, but I’m honored to be asked! I’m hoping I have some great and constructive opinions. It’s my first time acting as a judge!

You’ll be a natural!

I actually had a meeting today and can confirm! It looks like I’m starting a weekly Saturday and Sunday brunch at Doylers 37 on 37th between 8th and 9th in Manhattan! Still looking for a name, if you’ve got any ideas!

OMG Amazing! I will so get to work on a name!

[Edit: in a quick turnaround, here is the brunch info!] 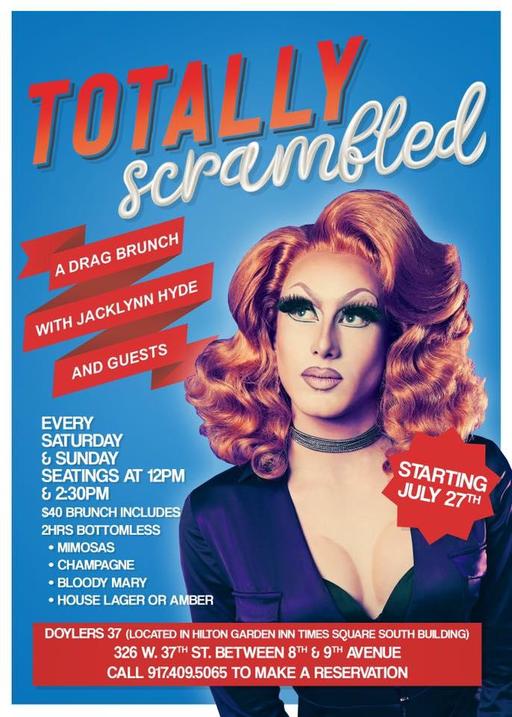 Okay, so last question: What is the best thing about being a drag queen today, and what is the worst?

The best thing about being a drag queen today is the wide range of opportunity. Drag queens are more popular, and so we’re starting to spread into some unexplored territories… which is amazing!

The worst is the saturation. There are a LOT of queens now. That’s good, because it pushes queens to create really quality art. But it also makes it difficult for queens to stand out. I’ve been very lucky to work as much as I have. It also means that basically everyone thinks themselves an expert. Oh well! At least they’re interested, and the opportunities are out there! It’s definitely not a bad time to be a drag queen!

Indeed it isn’t! Thank you, Jacklynn!