A quick catch-up with the man who won the motherload of GLAMs this past January, who generally has more going on in a week than the average nightlifer does in a year, and who is about to oversee the grand opening weekend of a venue that’s already become vital to the lifeblood of queer NYC…. it’s Frankie Sharp!

Frankie, hi! Belated congrats on all your GLAM wins from January! Have you found a big enough shelf for them all?

HI JIM! Thank you so so much. Such a surprise, frankly. Well, Tim Young my music director and partner in [Club Cumming’s live music-centered monthly showcase] MARY has the Best Cabaret award, and 3 Dollar Bill has the Best Nightclub award. I have others sitting on the book shelf next to a couple of Best Reason to Leave Brooklyn bricks and my samurai sword. I never know where to put things.

3 Dollar Bill has been becoming a huge hub in Brooklyn. It’s gonna have an official grand opening next weekend, with some major events and performers! 3DB has been open for a a year, why now for grand opening festivities?

When I came on full time in November as Program Director, I was just faced with so much brand confusion from our community about what the club was. So it almost took a full rebranding of the space. It was crazy to me that people didn’t even know that 3 Dollar Bill existed, and it had been open since June! Since I came on, I implemented a number of nights from all the best event producers out there: Susanne Bartsch, Ty Sunderland, Horrorchata, The Spectrum, the boys from BRUT… and we just had our first crazy circuit party M.E.A.T., which was cuckoo to say the least. We’re also partnering with AdHoc, which will spearhead a Live Music component to our booking team. So, with this programming that wasn’t there before, the space just felt brand new to us, finally. And we wanted to celebrate that!

Grand Opening Weekend starts on Thursday, April 4th featuring The Carry Nation, along with the one and only LIL’ KIM! How long have you known her?

Since 2013. She performed for me at WestGay. It was summertime; we had over 1,400 people there and the AC broke. Which was actually great, because it was my first huge booking and I couldn’t believe it. So through my sweat, no one could tell I was also crying like a baby. We’ve worked together a few times now. What a doll, and a total pro. She is the easiest person to work with. 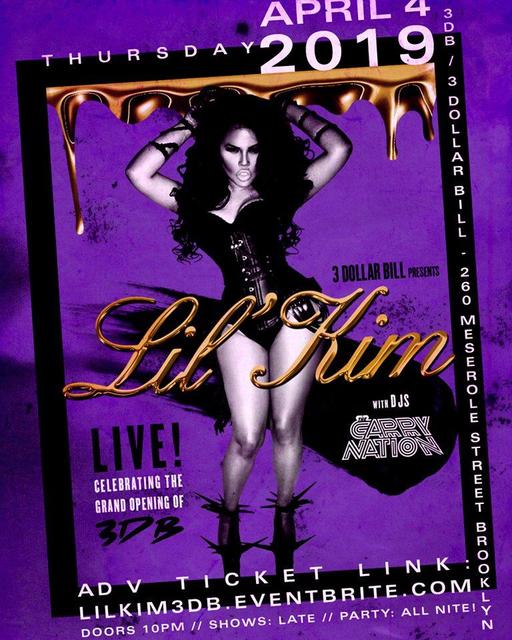 She’s gonna throw down for sure! And then Friday the 5th, your party Godmother will feature the incomparable Sasha Velour! It’s so exciting to see her evolve in this post-Drag Race stage of her art and career.

Look, we all know I LOVE a drag performer. And it may seem like I just book Ru queens for the sake of them being Ru queens. But I only book the personalities from the show who I feel are actually stars, and who have superseded their Drag Race fame. Sasha is a true original and a true eccentric, and I am SO excited to work with her. I can’t imagine anyone else outside of these two Brooklyn artists that I look up to–Lil Kim and Sasha–to celebrate all of queer Brooklyn. I’m also having DJ Kandy perform, who’s also a New York native. Hes the first gay artist on Diplo’s label Mad Decent, which to me is MAJOR. The whole thing should just be absurd and wonderful.

Yes, especially considering that I’m gonna be there as one of the hosts! 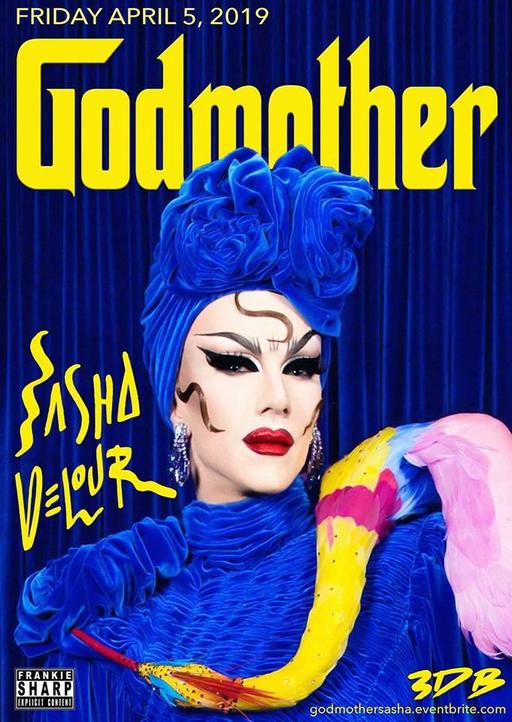 What are some highlights in store for your other nights, like Fridays at ReBar and Saturdays at Metropolitan?

Well, this Friday we have my fave Miss VAAANJIE at BOYS, which is new for Rebar. We never ever have performers there, so that’s exciting! She hit me up saying she was coming to New York, but I was already booked at Metro and I’ve already had her there before… so I thought having her around a gaggle of strippers on a Friday sounded like more fun for everyone involved. 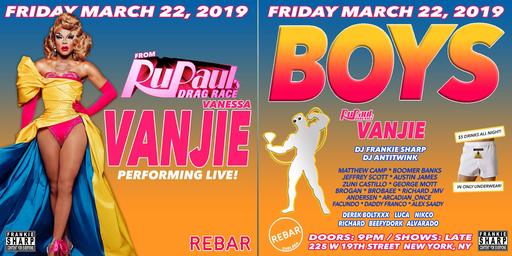 As for Saturdays at Metro, the weather is getting back to normal, so our mainstay has her blood pumping boots per usual. In fact, it was so nuts last night that Brooke Lynn Hytes (who was our special guest) and Kandy Muse (our amazing hostess every week) fuckin’ crowd surfed. Can you even picture crowd surfing at Metro? They made it from that tiny corner stage to the front door carried by the crowd. I love Brooklyn. 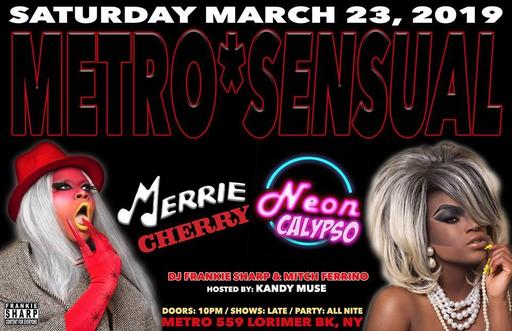