Much has changed in the life of this beloved nightlife performer since we last spoke: a new home base, a lead role in a musical, an upcoming showcase at a major NYC venue, and a whole new name to match a whole new life. Farewell Daphne Sumtimez, hello Daphne Always!

Aw how cute! Does he have a little doghouse on his head?

I think there may have been a photoshoot where he did! But today he’s just layered up in dogsweaters–very stylish.

#lifeandfashiongoals! You just be very excited about your big show this weekend… have you been making tons of last minute changes, or are you happy with what’s there now?

So happy. We’ve been rehearsing all week with the full ensemble (piano, percussion, two alto saxophones, and dance!) and it all came together so seamlessly. The musical material was there, thanks to an amazing score, through-composed by my musical director James Sheppard. It just needed to be brought to life, and luckily our team is beyond magical enough to do that!

I wanna backtrack a little, it’s been awhile since we spoke here. You were still Daphne Sumtimez then! But now you have come out in every way as proud an amazing trans woman. Do you feel more like yourself than ever, or is discovering who you are today still an ongoing journey?

I think we all keep on discovering who we are until we die–or at least I hope so. I’d like to think that learning about ourselves isn’t trans-specific.

Honestly, it usually just starts with a stupid pun that makes me laugh when I’m stoned. Like, one of them happened because I was lying in bed naked (how I spend 80% of my life), and ABBA’s “Money, Money, Money” came on and I was like “boobie, boobie, boobie… smoke a doobie!” and then I laughed loud enough for Ragamuffin’s cat Delilah to get startled and leave, and then I was like, “well, I might as well make a song outta this.” Thus, “Tit Man’s Girl” was written. 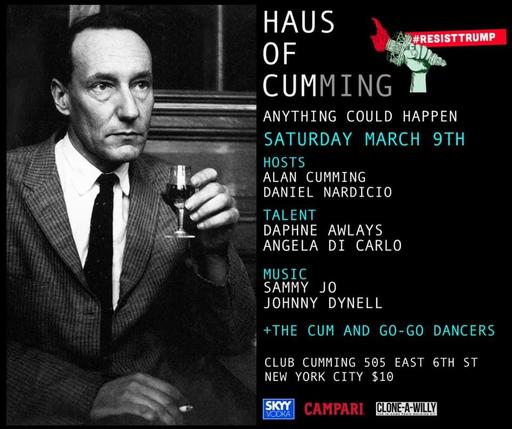 I thoroughly that production of Cabaret, which was ultimately staged at The Deep End! You played one of Broadway’s most cherished lead roles, Sally Bowles, and you were just so amazing.

Thank you! It was such a dream.

How were you approached with that opportunity? Were there auditions?

It was originally my good friend Charlie Kilgore, the choreographer/ costume designer, who suggested me to Jacob Pincus, the director/ producer. According to Charlie, he told Jacob, “I have Sally cast.” A bold statement to make to the director about a starring role! But then Jacob came to my show, liked what he saw, and reached out to me with an email offering me Sally. The crazy part is, I had this vacation planned for the month of January (Denver-Seatlle-Portland-San Francisco-Big Sur-LA-Austin, solo trip, so much hiking, it was amazing), so I told Jacob that I couldn’t be there for the last month’s worth of rehearsals before the show. He said we’d make it work, and I said yes!

Wow! Had you had prior acting experience?

I once delivered a ten minute monologue as Euripides’ Medea for Charles Quittner’s TraqiQuilt, but otherwise nope!

Sally has all these dynamic, showstopping numbers.

Were they challenging to get down?

We did spend our first music rehearsal finding the right key for all of the songs, since they’re all written for a person whose voice didn’t go through testosteronated puberty. Beyond that though, Sally Bowles isn’t actually that great of a singer. She’s just really charming and knows how to play to her strengths, and embracing that just meant finding every moment of fun I could. And there were so many moments of fun!

Totally. I was trigger warned at the door that there would be Nazis in the show, though!

Yeah, that was at my request because of the reaction of multiple people who came to see me without knowing what the show was about. Pretty disturbing to find yourself in a room full of people singing a Nazi anthem if you don’t know it’s coming!

I guess I can see that! Are there any plans to bring the production back somewhere?

You and Ragamuffin have been hosting the weekly RuPaul’s Drag Race viewing party at Metropolitan on Thursday nights! You have a reason to be particularly excited about this season.

[Cast member] Scarlet Envy has been my closest sister for years, and I’m so fucking happy for her! She’s a superstar, and she deserves every opportunity and resource that show has to offer… and the world is so lucky that it gets to fall in love with her.

She looks amazing on camera!

She always does! Even when she reeks of spicy dairy!

And she ate that olive.

I’ve never known the girl to pass up a snack. 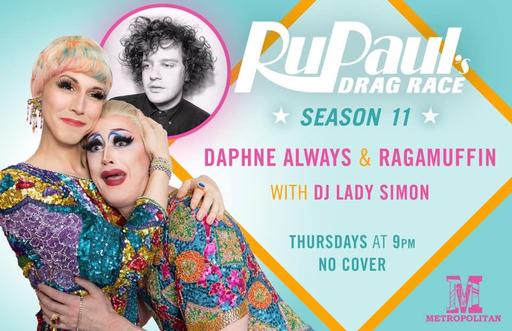 And now on to the big news! On Friday, March 8th, you will be performing an original concert on one of the city’s most important stages, Joe’s Pub at the Public Theater! We already know that James Sheppard will be at the piano — plus you’ll have JoJo Soul on percussion, Thesan Pollyanna and Kim Wetzel on alto sax and Agave Lamour dancing. This will be pretty epic.

Girl, it’s so wild. I’m so happy! It’s like, if all this performing shit I’ve been doing for the past 6 years goes to shit tomorrow and I never do another show again, well Gatdammit she sold out Joe’s Pub! It feels like a milestone and I’m honestly really proud of myself –something I don’t allow myself too often!

The show itself is designed to be an intimate night of people who care enough about me to buy a ticket to my show. I’m singing with a quartet, and the chemistry between all of us is amazing. Our musical director James Sheppard describes the musical aesthetic as a “wacky hybrid of Parisian-classical and East Village gutter-punk.”

It’s gonna be a night of new original musical material, favorite stories, my feelings, tender cover songs, whimsical parodies, and some essential oil blends that I’ve recently gotten into making because 2019 is all about self-care and also because it’s fun. 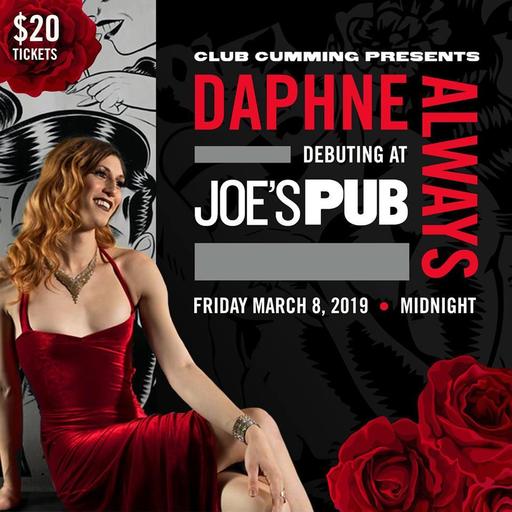 Have a great show! Okay last question — and it’s kind of a heavy one, but it’s on everyon’s mind lately — can we still be fans of Michael Jackson’s music, even if we denounce his life choices if those allegations are true?

Hm. It’s dangerous to try to reduce a question like this to a yes or no. I think it’s our responsibility to reconcile that he was both a wildly famous and prolific pop musician, and also a person suffering and inflicting suffering onto others. Unfortunately, those two truths coexist and we can’t erase one because we feel the other more strongly. But, if forced to pick one or the other, I value people over art.

Spoken like a true artist and a lovely and loving human! Thank you, Daphne!