Antony Cherrie: Yes! The great thing about living in America is that there is always a great holiday to celebrate. I think I’ll probably be drinking some tequila and raising a glass or two.

It’s never hard to find a good time for that! So where are you from originally?

I’m originally from Scotland — born and raised — and then moved to London before heading to NYC.

This is kind of a broad question, but what was it like growing up in Scotland?

It was actually a great place to grow up in, as we had the Fringe Festival every year. All the world’s comedians and actors and musicians would descend to Edinburgh, and I would get to see so much talent. I first saw Taylor Mac, who is from NYC, in Edinburgh perform with his ukulele, and that made me want to start playing the instrument. And now I’m in NYC, so it’s quite a nice full circle in that regard. Plus, Scottish people are quite grounded and frank talkers, so that kind of attitude has served me well in life so far.

It’s a must appreciated trait in this city as well! And I love that Taylor Mac inspired your ukulele playing. That instrument has such a dreamy, magical sound to it.

It really does, and it’s also so melancholic… which has a lovely truth to it when you want to tell a musical story. It’s also very easy to take to many gigs when you’re running around NYC!

Do you play other instruments?

I play guitar and a little piano. But mostly I’ve been a jumping show-off lead singer in bands, so I like to concentrate on the performance. I’m a clown at heart, I guess! The new shows we are doing — which I do with my friend and guitarist Julian — is a joint effort, and we both play together for a nice, raw, intimate set.

What music or artists influenced you growing up?

I love characters like Tom Waits and Little Richard, people with stories and sound bites to their music; outcast bands like the Shangri-Las and Nirvana; music with a melancholic twist to power pop like the Thompson Twins and Boy Meets Girl. I think diversity is the key, but also everyone’s moods change… so there’s always room for everything. I was also subjected to a lot of Madonna and Cindy Lauper by my mum when I was a kid, and a lot of Nina Simone and classical music by my grandparents — so I’ve always appreciated any music with a bit of heart.

And you’ve had success in rock bands before.

When you are offered things, you must say yes to everything! Just say yes, because it will lead you through other doors to where you need to be. It was a great experience, and we got through… but intimately didn’t win. Although, being on that show then showcased me to a director for a movie that I then appeared in called Bruno and Earlene Go to Vegas, so it was win win.

Is it disappointing that most of today’s music is formulaic pop made without real instruments… or can you get on board with that?

As long as there’s a creative twist, I think everyone’s welcome; it just has to feel genuine. People can smell shit when it stinks; and if it’s true and from the heart, regardless of what genre, then it’s always going to scrub up well.

Do you prefer performing for audiences in queer spaces, or are all audiences the same?

All audiences give something different, because there are different political backgrounds to the clientele… so in that regard, the history or the room speaks volumes. But I feel any audience that’s had their hearts twisted or broken or let down by something or someone is an audience I need to play for. But queer spaces are fucking epic!

The first time I saw you perform was for Chauncey Dandridge’s poetry / performance art showcase Freak Out at Stonewall about a year ago… your music was a great fit for the tone of that room.

Thanks, man! Yeah, it’s just such a pleasure playing and being able to sing for people, and if I can make them laugh and cry my job is done! American audience are so lovely. and encouraging.

Where can we get your music?

I’m recording my new music now, and working on a video that shows what I’ve been doing for the last year in NYC — a mixture of old and new songs. It has been nice to test the waters with the new and keep the old songs from death’s door, and when I put out my music it will be a mixture of new and old as well.

And do you have a favorite song that you’ve performed?

My favorite song I think I’ve ever done is a song I worked on with a brilliant songwriter called Mia Gala. The song is called “Lighthouse,” and every time I sing it she feels closer to me, as we both live so far away now from each other now. It makes me realize the power of music, and why I still want to sing for people.

Let’s talk about where to find you in the city these next few weeks. This Tuesday you’ll be part of Bar Babe Paolo’s curated night of live singing talent at Stonewall, Broken Tired! You’ll be joined by some other great singers, and the lovely queen FiFi DuBois! Do you know her?

lways love playing at Stonewall! It’s the first place I played in NYC. 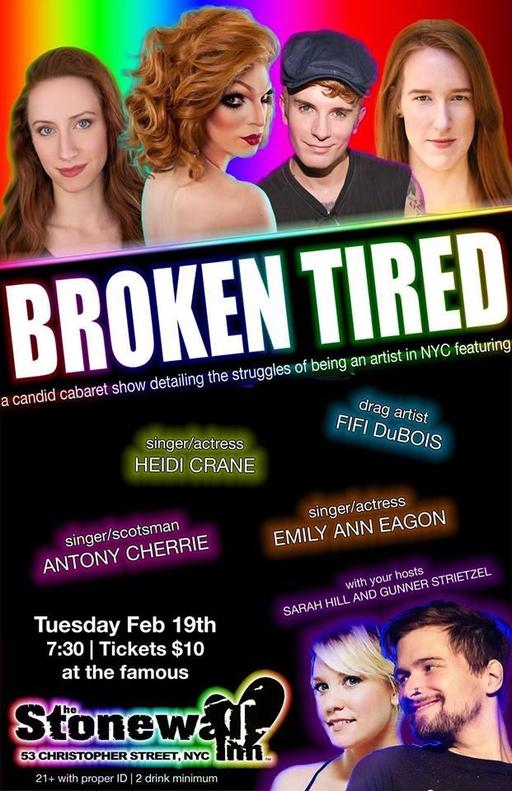 And on Sunday, February 24th, you’ll be at Manhattanville Coffee up in Harlem for Basement Social with some other talented performers.

It’s always a good night at the Basement Social. Harlem has changed so much, even in the last two years of me living there. There’s always a good crowd, and it’s very lively. Lots of hand clapping. Which is good, as it’s still a bit cold in NYC. 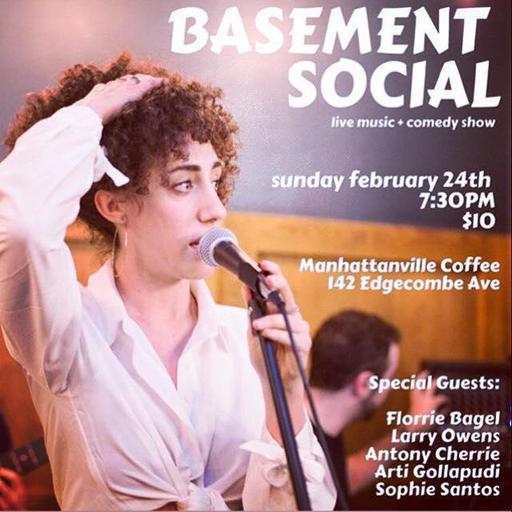 It’s a great spot… plus, Alan is so lovely, and a fellow Scot! I’ll have free shortbread at that event, and me and Julien will be rocking our kilts… so it will be a very Scottish affair.

We can always make time for men in kilts! 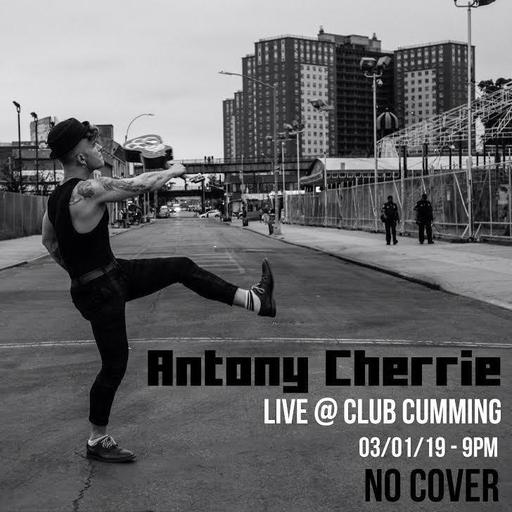 Looking ahead, on March 20 you’ll be performing for a special event at Bedlam… a screening of A Charmed Life, a 2006 documentary portraying late drag legends Sweetie and Flawless Sabrina, and many still-thriving nightlife veterans.

It’s going to be a real mix of performances and people, and a screening of the documentary which will be really amazing. I think the culture of NYC is so diverse and rich with characters and talent, so it will be a night of celebration: past and present! It’s also very lovely to be asked to be a part of it. 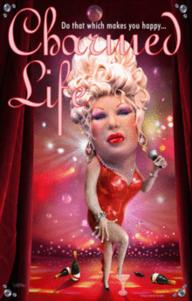 Should be a special night! Anything else we should mention?

I’ll have more shows coming at Bowery Electric and other special events, so if anyone wants to follow for that future info head to my Insta.

Okay final question: what is your drink of choice?

It used to be red wine, but since Trump came into office I only drink tequila.

You’re a true patriot! Thanks, Antony!