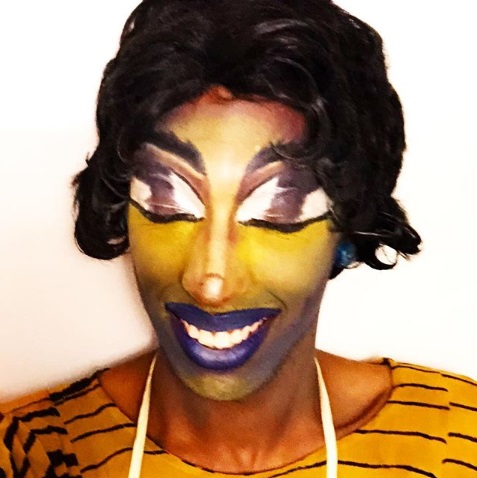 New York drag may not be quite ready for this gleefully bizarre and ferociously smart young queen, who is already boasting some of the most intricate and hilarious lip sync mixes in the biz… but she has ARRIVED, henny. She’Knead ThisGig tells Thotyssey why she will always Knead these gigs, no matter what the future holds.

Thotyssey: She’Knead, thanks for talking to us tonight! So I see you guested at the premiere of Vivica Galactica’s new show at the super new BK venue The Vault this week… how did it go?

She’Knead ThisGig: “Topsy Twilight Cabaret” was a great reason for gays to leave the house on that Tuesday night—the girls gave musical theatre, Josh the bartender was a hottie (shout out to Eva, also the bartender, also a hottie), and if I remember correctly, [DJ / venue manager] Cam played a Kylie Minogue song. We had to get creative with how we were using the space because only the main level was open for use. Sights seen included Vivica Galactica sliding down the banister, Marilyn Monhoe leaping in hooker boots outside on the sidewalk, and She’Knead Thisgig falling down on concrete like she got insurance. Being that was The Vault’s first night of regularly scheduled programming as well as “Topsy Twilight Cabaret’s” premiere party, we, you know, made history.

Werk, it sounds like a night for the ages! OMG did you just watch Drag Race?

YES! I vote Monique to win. She’s creative, conceptual, and extremely perseverant. But I think Naomi will take it. Naomi’s references have been great and her lip syncs are fierce. Her only competition in a lip sync, Trinity, came to win and it shows. The Tuck is calculatedly entertaining, but a little saturating this season. I’m guessing the gag will be the current AS winners selecting the AS4 winner. Who knows where that could go? They may play the seniority game and give it to Naomi. 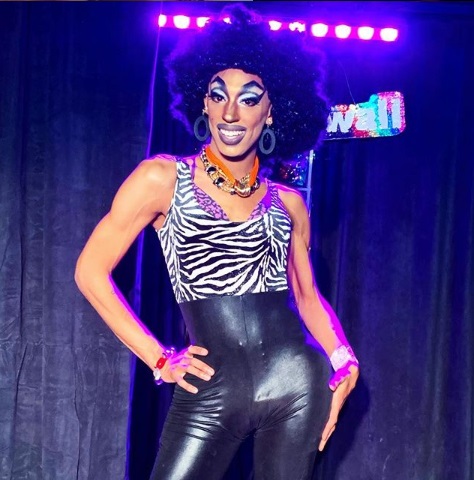 That will be a show! In the meantime, She’Knead has arrived and she is giving shows upon shows herself. How long have you been a queen now?

I debuted as The Kartoon Kween in August at Stonewall’s “Polish The Queen” preliminary. It was the night [the show’s producer] Phil celebrated his birthday. He told me later that upon first impression, he thought he was being pranked by [show hosts] Kristy and Fifi.

Great question. CC: Phil Chanel. Another girl told me that night, “Love your makeup.. .are you supposed to be a blowfish?” LOL. I think the cartoon makeup is inherently comical, and people just assume I’m up to some shit. i think it’s the cartoon makeup coupled with my sometimes quiet, contemplative behavior. It can read as mischief to some people.

Prior to drag, what’s your history with art… and where are you from, by the way?

I am a former resident of Fatlanta. I moved back there after graduating from Parsons and created paintings, comics, and animations as a freelance artist. Making drawings on paper became a depressing thing to do, because I attached so much pressure to that medium. So I found solace in makeup and performance. I published music and video parodies titles including “Krabs (Fo Dat Ass),” “O Sissyman,” and “Bodak Blue” under the name Keiff Jones. There was some political content, some sexual, some chakra shit. That era was always about the drawings for me. I used performance as an animation medium. My present and future in drag includes a lot more illustration and video content reflective of that work.

I’ve seen you perform a bunch of times, and there’s so much dynamic intelligence behind your drag mixes. Each one includes tons of references, some very obscure. It’s very unique to see in the competition circuit! When do you discover the drag mix?

I’ve been studying music and mixes for a long time. I used to work as a music journalist for Creative Loafing in Atlanta, and my favorite part of the drag fantasy is getting to play DJ at the club for four-ish minutes! The queens who have inspired my mixes the most are Jackie Beat and Lady Bunny — classic parodists. Jackie Beat is the penultimate drag queen.

And have you ever heard of Blue Jam? It’s an ambient radio program by Chris Morris that aired on BBC a couple of decades ago. The program uses the coolest music with a mashup of weird comedy skits. When my friend Stephen Kroninger shared this with me, it forever changed my perception of radio/audio programming.

How about the aesthetic end of things… what inspires your lewks?

I can see that! You do a lot of the competition shows… I most recently saw you win Look Queen about a month ago. Are you in it to win it, or is it more about exposure, art, trying stuff out, etc.?

The day I competed in DRAGnet in November, Blvck Laé D sent me a text asking “are you there for shits and giggles, or to win?” My response: both. I always leave the house to win. But the bigger picture is about expressing art and having fun. I am prize-focused, but aware enough to know when it becomes the devil in my head. No coincidence, the nights that I win are the nights I have the most fun and present my most unvarnished self. 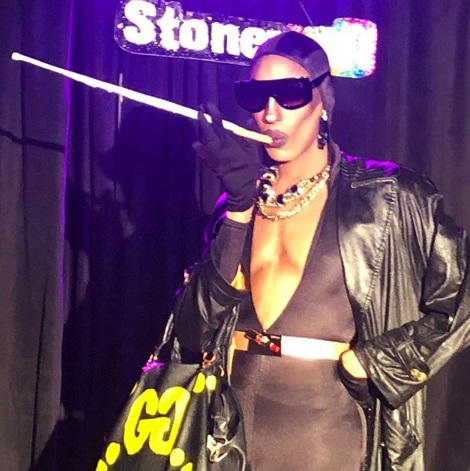 Have you had a favorite experience in the competition circuit? And a favorite group of fellow competitors?

My favorite experience in competition was my Look Queen debut—the night that Nina Bonina Brown guest judged. If spirit is malleable, we are one. We share hometowns, aesthetic, and astrology (she’s a cancer. I’m a cancer rising).

That was also the night that I met some of my favorite competitors, like art queens Fool’isha, Millicent, and Dusty Miller. Aria Derci—so intelligent. Cissy Walken—a star! Haus of Whop is killing the production numbers. And OMG, Alisha Day is one of the most watchable queens in New York City. These queens bring enjoyably unique performances to the stage.

All great queens! And I see you’ll be part of “Polish The Queen” co-host FiFi DuBois’ Stonewall Invasion this Sunday! That should be fun!

WHAT! I’m so stoked! FiFi has shown me love since day one. She’s fierce, funny, and flexible. People throw $20s at talent like that. I admire her a lot, and am honored to be a part of her Stonewall Invasion. 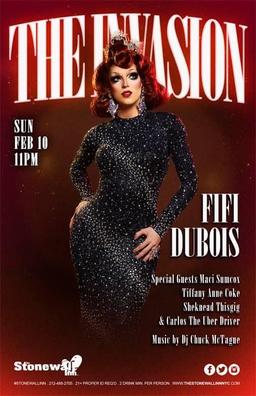 Werk! Anything else coming up?

Also, I’m available for freelance illustration, design, and writing work. Any work, really. Come on up and see me sometime: shekneadthisgig@gmail.com y’all!

Werk and work! What do you think a weekly She’Knead show would look like? Do you enjoy hosting on the mic?

It’d be a nostalgia-based variety show dedicated to divas and debauchery. Carol Burnett meets Adult Swim. I love working the microphone. Here’s another drag astrology moment: Shequida Hall, Kristy Blaze, and Maddelynn Hatter — all Leos. All hosts here in New York City. My sun sign is a Leo. We Leos love the attention. I was also a middle-child, and therefore crave the attention, haha!

Queen of the Forest! Okay, last question… when you are one day hosting, like, 8 weekly shows in the city, will you have to change your name to She’Gott?

Hahaha! I get this question and suggestion often. If I’m hosting 8 weekly shows, that means I’m probably doing drag full-time, in which case… hell yes, imma need the gig. My cookie addiction won’t support itself. The key is seeing Knead as the double entendre. It can read like She’s In Need of This Gig, or like She kneaded it, as in she werked This Gig. In both readings, the takeaway is that I am grateful to be at the gig and determined to give my best.

We knead more! Thank you, She’Knead! 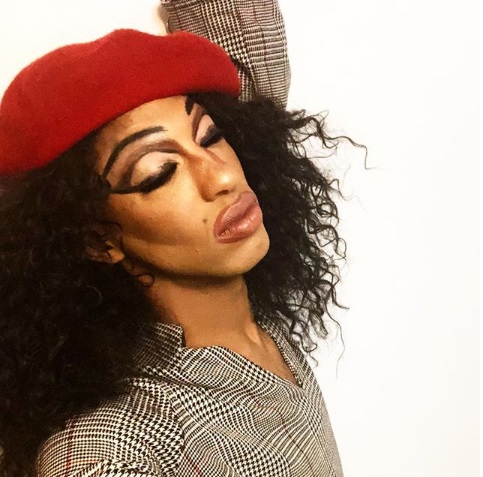