A fan favorite Brooklyn bartender is embarking on a new venture that can change the face of Brooklyn nightlife. Thotyssey chats with Meg Cavanagh about the opening of The Vault!

Thotyssey: Meg, hello! Thanks for finding the time to talk to us today! I know this must be a busy, BUSY time for you.

Meg Cavanagh: No problem! It has definitely been a busy couple weeks.

Tell us about how Josh Luis, DJ Cameron Cole and yourself are going to be involved in the opening of The Vault in Brooklyn. You’re not gonna be owners, are you?

We’re not owners; we’re going to be managers and in charge of the switch over. The owners of the bar Tilt approached [Metropolitan Bar and Macri Park owners] Matt Longo and Steven asking for advice on how to turn the bar into something new. They were kind enough to introduce them to Josh Luis, Cameron Cole and myself. We’ve been working on it for about three weeks. They wanted the change to happen as quickly as possible.

So after the switch, you’re staying on with The Vault.

We’re staying on board as creative director and managers.

Got it! Okay…. tell us about the space! How would you describe The Vault?

The space is unlike any other bar around. It’s two floors with a bar on each level. When you walk in off the street, it looks like a simple bar. But the downstairs is where I think most people are going to fall in love. There’s a dance room, with a stage for performers and a large bar all hidden away down a flight of stairs.

Amazing! I saw Cameron mention that Brooklyn nightlifers who miss TnT and Sugarland will be happy with the Vault. What has been missing in Brooklyn since those spaces closed, and how might The Vault revive it?

I think those spaces hold a lot of meaning, and if we can recapture that spirit and energy then we’ve succeeded. Those spaces were like a home to a lot of people, and once they closed it became harder to find one. I’m hoping people will start to feel that way about the Vault, because we certainly do already.

Queer spaces keep closing, and it’s why we jumped into the bar. We need more safe places to be a community and to be ourselves.

One of the memorable show queens in the glory days TnT was Scarlet Envy, and let’s first take a minute to talk about how amazing it will be to see her on Drag Race Season 11!

I’m so excited for her! I think she’s going to kill it on and off the show. She deserves it.

She will certainly never be boring. And she’s gonna host The Vault’s Grand Opening on Saturday, February 2nd!

Oddly enough, Scarlet was actually one of the first people we talked to about the space, so I love that she’s going to be with us.

How do you think that night is gonna go down?

I think it’s going to be a night full of energy and hopefully excitement as people get to see what we’ve done. It’s Brooklyn, so lots of drinks, dancing and crazy things I’m sure. 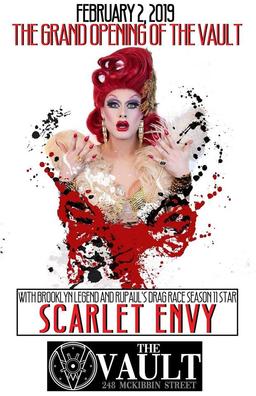 Going forward, I see Vivica Galactica will be doing a show there. Plus, we’re finally gonna have a (Monday) weekly show from the amazing Crimson Kitty!

Yes totally! I’m so excited for her and to see what she’s going to do.

Any other established shows / nights yet?

Cameron Cole has really taken charge of building a diverse line up of shows. We want to make sure we hit all different parts of the spectrum when it comes to performers and events. We’re also going to have Maddelynn Hatter and Shiny Penny with Ms. Ter doing alternate Wednesdays. Lots still in the works, but posters and a full list will be out in the next few days. We’re going to be doing underwater parties, dance nights, live music, and lots more.

We shall keep our eyes peeled! 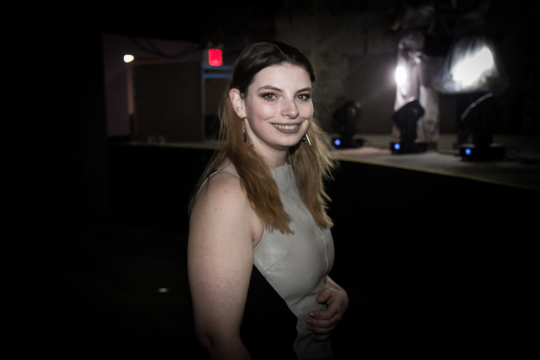 So, does this mean you three won’t be involved with Metro and Macri Park anymore?

We’re still going to be around both venues. Macri and Metro mean a lot to us, and they can’t get rid of us that easily.

Lol! So you basically preside over all of Brooklyn now!

Brooklyn has too much to offer to just stay in one place! But the Vault will definitely be the new home base.

I have to ask regarding the new space… how are the bathrooms?

Ha! That always seems to be the gamble, doesn’t it? I promise there are multiple [johns] in clean working order. And all the doors lock!

That’s the best news ever! Okay, lastly for now: what’s the most important thing a person needs to know about opening a new space in BK, or NYC in general?

Go in with the right team. I’m so luck that I’m in this with two incredible people, Josh and Cam. Also: ask questions, because you don’t know everything and that’s okay. Make sure you’re also creating a space that can be safe for and enjoyed by all people.