Fan favorite Manhattan bartender Luke Fontana is now a rising star in drag, giving us stoner geek realness and pop princess fantasy. Currently, she’s co-hosting a weekly show at one of the city’s most popular drag bars… could a pageant crown be next? Thotyssey discovers that the force is strong in Miss Skye Walker!

Thotyssey: Hello Skye, happy Monday! So, Week One of Miss Barracuda has come and gone… how was it?

Skye Walker: It was really amazing! I took a big risk and did a Gandalf the Grey / Gandalf the White look. And although people gagged, I think I lost some points for not having a traditional swimsuit. But I’m a geek and a freak, so I’m really happy with how it turned out!

I saw pics, it was stun!

OMG, thank you so much!

Sometimes gagging the children in the moment is more important than pageant point rules.

I absolutely think so! I’m pretty new to the drag scene (only about nine months), so for me I really just wanna show the world who I am… because I’m not sure anyone really knows who I am yet! I’ve been a bartender in night life for so long, people still call me “Luke” in drag sometimes. So I’m excited to really get to present what Skye is about.

When last we spoke here, you were Bar Babe of the Week and only dabbled in drag, under the name Allegra Valentine.

Was there a specific moment where you decided you wanted to be more visible as a queen?

Yeah, their was! I’ve been really blessed to have awesome drag friends who really helped me through my drag journey. When I first started, I was just doing splits and trying to be funny, and their is literally nothing wrong with that… but that’s not who I am as a person. I’m a dork who plays his Game Boy on the train.

So, back when I did Kizha’s “Bootcamp” at Therapy, I did an unprepared jump split and tore my hamstring, and couldn’t dance or split… and it really made me take a hard look at why I was doing drag. With my “gimmick” gone, I really had to ask what I was trying to say in drag. That’s when I changed my name and started being the drag queen I wanted to be, rather then what I thought people wanted me to be. I want to be the queen that always looks like she stepped out of a video game or comic.

Skye is a cosplay gurl!

Yes, I would say so. I would say Skye is the femme fatales from early childhood that made us gay. The nerdy ones, anyway!

And your parents named you after Luke Skywalker, so you were basically born into that aesthetic!

I was! My mom was actually at the drag show where I announced my name change… and she was so happy, because I come from a family of dorks who names their son Luke after Star Wars.

Well, they certainly got a Leia in the end!

Lots of your peer queens do Broadway stuff, because that’s really the force that brought them to NYC and ultimately drag. I know you’re not a total Broadway Baby… do you ever feel pressured to learn all of these showtunes that the other queens do?

Oh God, yes. I’ve actually had to start turning down gigs (not that many gigs — she wishes she was booked and blessed, but right now she’s just blessed!) that are only Broadway numbers because it’s just not my thing. Don’t get me wrong — I love Broadway music and Broadway queens — but I’m more of a stoner chick when it comes to my music and style of performance.

Like you, I’m a native New Yorker (you’re from Brooklyn), and not really super into Broadway either. I think it’s almost like a “Statue of Liberty” thing for us.

You bartend quite often throughout the week, primarily at Pieces Bar. Is it a challenge to balance that schedule with both expanding your visibility as a queen and living your actual life?

It’s been a lot — I actually have to work seven days a week all of April, between bartending and drag. But I think being a person in my late 20s, I’ve learned when to relax and when to say no. So far so good! I also meditate a lot, and that helps me stay on track with my mental health.

That’s very healthy and reasonable! By the way, speaking of Pieces… how much has your life changed since Adele and JLaw’s now-infamous visit?

OMG it was wild. I was bartending, and when I saw Adele I was like… that really looked like her. She loves wine, and I think we are in love.

You are now several months into co-hosting the weekly Woman Crush Wednesday with Lemon and DD Fuego at Pieces’ sister bar, Hardware. How are you enjoying this showcase, and working with those lovely hos?

Oh bitch, WCW is the ticket! It’s been so fun! We are three so different queens, and then at the same time we are so similar. And we have been working so hard! Every week we have a new theme with new opening numbers and new outfits. We’ve been really proud with what we’ve been putting on. Now, if only the person reading this would come to our show: you! Yes, you. Wednesday at Hardware. Be there! 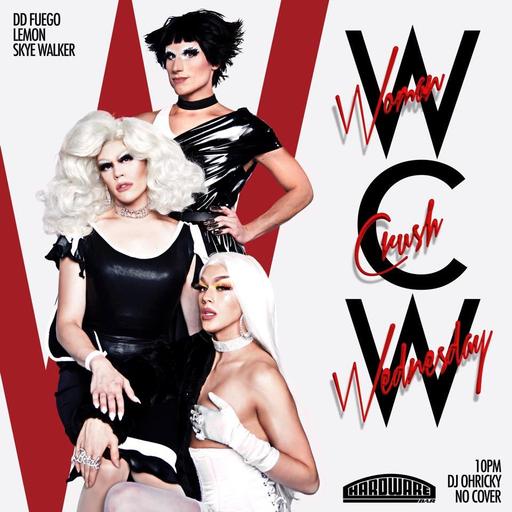 How hands on are you with your lewks now, by the way… are you designing or sewing?

Soooo we aren’t there yet, BUT I’m interning with an amazing designer soon, and I’ll be learning how to sew and design and the whole nine yards. Right now, it’s basically having a character in mind and thinking about (with my current resources) how to give them a millennial stoner makeover.

Love it! And how are you getting along with your Miss Barracuda competitors now? Is it a supportive sisterhood, or a bag of angry cats?

I think [we get along]! People are gonna think this is such a fake answer, but I really haven’t had any issues with any queens. I have really high anxiety and extremely low self-esteem, so I pretty much try to treat every one with kindness and respect in hopes that it comes back in return. And plus, being mean is so 2017. But that’s not how life really works, is it? Haha!

So it seems! But keep it up gurl, you’re slaying!

What’s this week’s category in the pageant?

This week is “villains” and gowns, so… think Magneto goes to the Met Gala. And I’m so excited about my presentation. 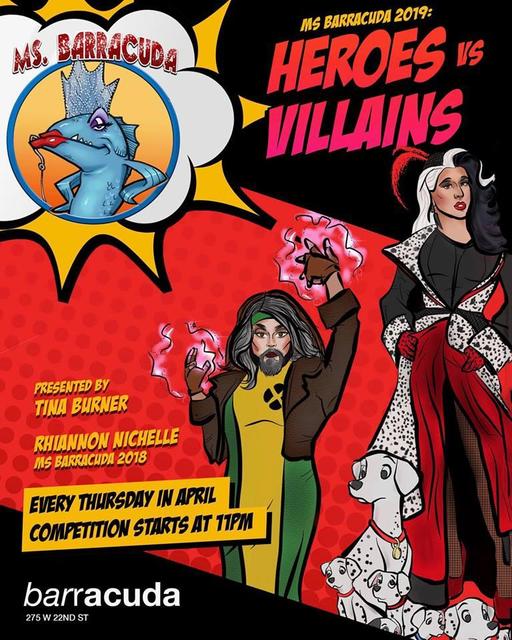 Very exciting! Anything else in the works for you?

Ahhhh yes! So if you didn’t already know by this article, I’m a giant freakin’ dork. And I’m actually a hardcore gamer, and have some pretty impressive records. So I’m gonna start gaming in drag on Twitch! Get ready for Skye Games this summer… I’m really excited about it!

Literally taking her to a new level! Obligatory Drag Race Season 11 question: should Scarlet have gone home instead of Ra’jah?

Full T: I truly think it’s a setup to bring Scarlet back. I think all the girls are gonna come back and try and win a spot. It just feels like when Max went home to Jaidynn Diore Fierce… and then the next episode, she literally came back to compete to come back in.

You might be onto something there… but goddamn, this season is long enough without bringing bitches back!

I know! Fifteen is way to much; I think eleven is a sweet spot.

Okay, final question: Avengers Endgame! Watch it opening weekend at all costs, or wait for the insanity to simmer?

I’m fully a girl that likes to wait for the insanity to be over. The only exception is Star Wars, because my family and I all see it together opening weekend.